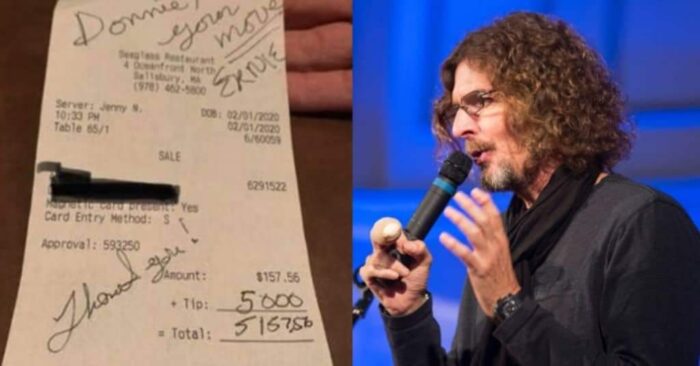 Various kinds of challenges are being noticed on social media time-to-time. This time people became a little more innovative and a trend of tipping challenge was followed.

During the challenge, a billionaire from Boston took it kind of really seriously and decided to become the king of it and tipped an amount of money to a waitress that has probably never been tipped before. Get into the highlights below.

Ernie Boch, the billionaire from Boston, had a meal of around $157 at Seaglass Restaurant which is located at a beachfront in Salisburry, Massachussets. After the meal, he tipped $5000 to the waitress who served him and it didn’t take long for the waitress’s Facebook post to go viral that mentioned the same incident.

“Waiters and waitresses, they’re such fine people”, quoted Ernie when asked the reason behind it. He also mentioned him being clueless about the event. He said that he tipped such a big amount just because he found the waitress an amazing person. 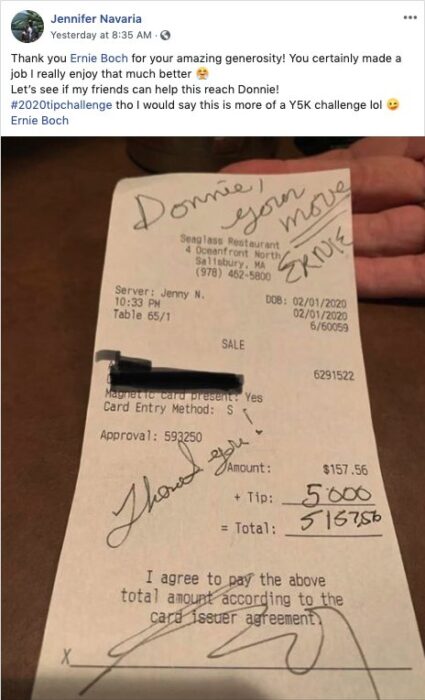 The Remarks Of The Waitress

The lucky waitress’ name is Jennifer Navaria. She wrote “a job I really enjoy that much better” on her Facebook handle. During a talk with CBS Boston, she said that she recognized Ernie and served at their table lovingly and joyfully.

She saw the tip only when the 4-people table got empty. She didn’t realize at first that she got tipped super high and when she saw it closely, she found it unbelievable!

Navaria said that one never thinks of such incidents happening in life with such ease and when they do, they are amazing and life-fulfilling. Of course!