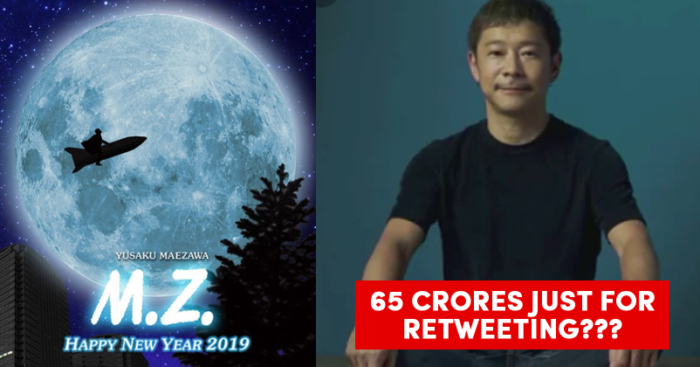 Millions of people including celebrities express their thoughts and opinions on Twitter, on a daily basis, but it all took a new turn when this Japanese Billionaire tweeted mentioning to give away 65 Cr to his followers!

Thousands of people commented and shared the post creating a chance for themselves to get millions of dollars for free. What happened next? Read the full story!

Yusaku Maezawa is a founder of ZoZo Inc. which is considered to be the second-largest e-commerce of Japan. The billionaire promised to give away Rs.65 Cr to 100 of his lucky Twitter subscribers.


The post was flooded with comments and likes. As the promise was to retweet it, the post managed to become the world’s most retweeted ever!

Some people called it “smart marketing” whereas others just wanted to be one of those who get the lucky DM of the billionaire!

Yusaku posted this tweet on January 05, 2020. According to the records, the post has 4.3 million retweets along with 1.3 million like-hits which makes this post the “Father Of Engagement”!

As per a recent interview, Yusaku was just looking for a secret to happiness and if money could be it! Moreover, his desire was to make the post the most retweeted one, where he easily succeeded.

Did you retweet it yet?