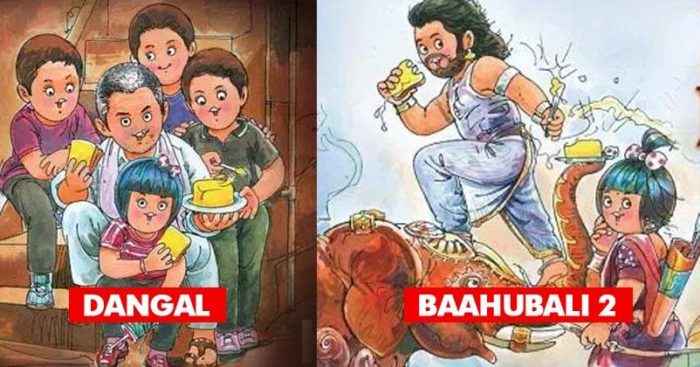 Utterly Butterly Delicious! While you are on your way to destination you must have several times noticed Amul Billboards and that must have amused you every time with the one-liners written keeping in mind the present circumstances. The chubby little girl wearing a frock has been always with Amul since 1966. She rocks the posters!

The humorous and witty lines by Amul when comes along with Bollywood Movies, things had to get spiced up. Let us have a look at some of the best movie posters by Amul over all these years:

This Rajkumar Hirani movie was a huge success starring Aamir Khan. The iconic part was naked Aamir Khan holding a radio which can be seen in Amul Poster. 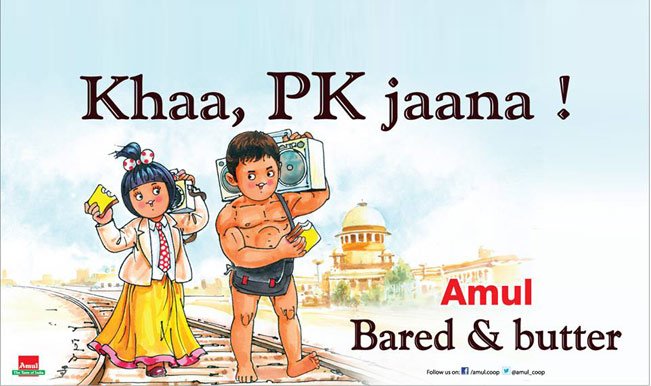 A boxing ring and a box of Amul! What can be better? 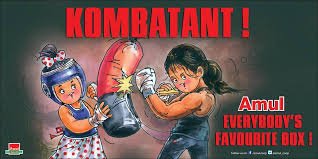 It’s a story of a simple girl named Rani, played by Kangana Ranaut who goes on her honeymoon trip alone and learn many things in life! So Kangana Queen of Hearts and Amul Queen Of Butters! 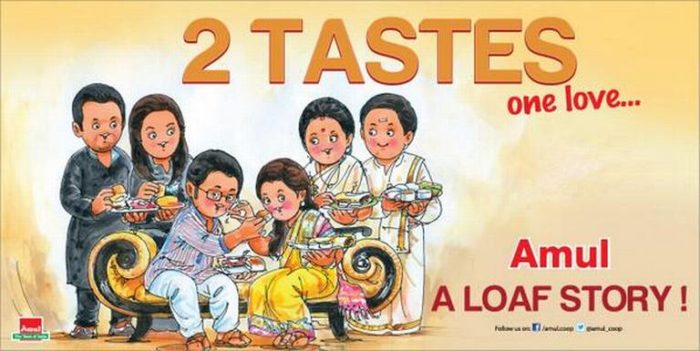 A movie starring Salman Khan. The iconic scene was with Salman riding a bike and Jaqueline sitting on back seat. Here it is the Amul Girl with the message ‘Lick it, Don’t Kick it!’ 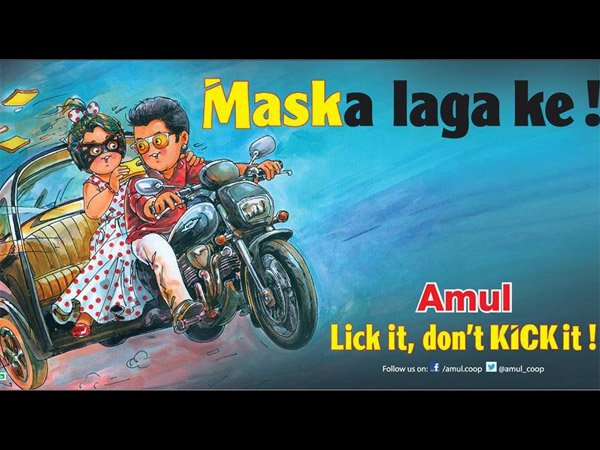 It was an iconic Bollywood movie but was remade into 3D later on 2014. To celebrate this Amul too made up a poster and the famous dialogue got transferred into ‘ Ye Makkhan Mujhe De De Gabbar’.

The comedy romantic flick by Rohit Shetty was a huge hit as Om Shaanti Om stars paired up again. The Amul Poster couldn’t have been better! 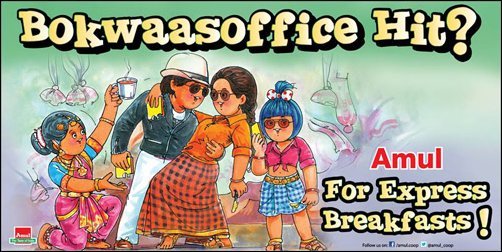 Adapted from Chetan Bhagat’s novel, this movie is a story of friendship, love and dreams! 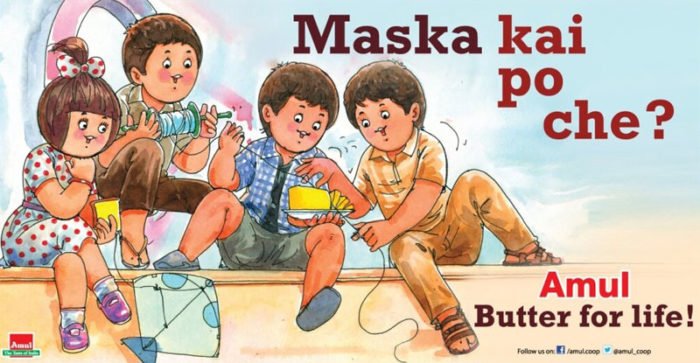 The story inspired from a true life hero Milkha Singh. His struggles and his dreams are the plot of this biopic and Amul said ‘Bhaag For It!’ 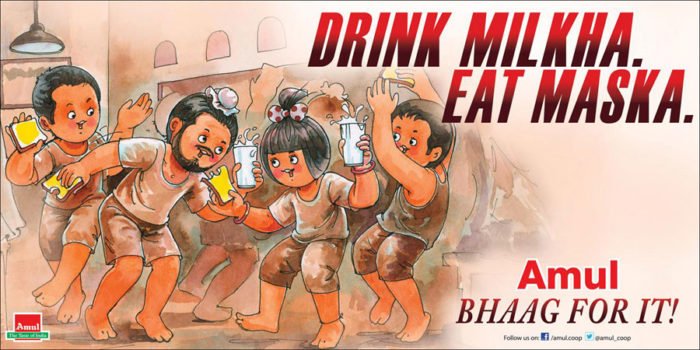 Lets have a look at some recent ones:

The blockbuster movie starring Aamir Khan. The story of a father and his daughters trying to achieve their dreams. The main aim of the movie was to convey the message that no girl is ever less than a boy! 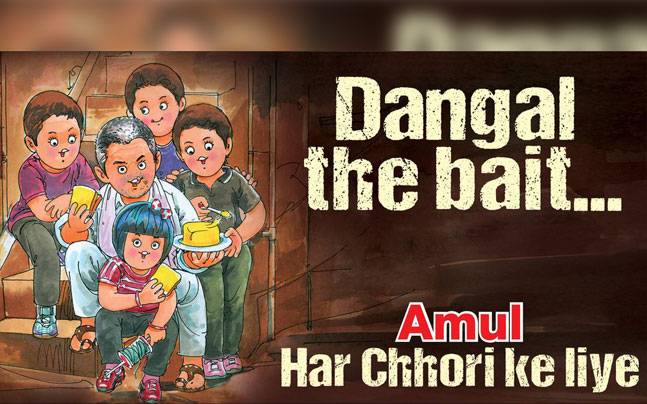 There were a lot of rumours about this movie. The scenes were cut by censor board and the movie got leaked too. Thus Amul came up with a better way to explain it! 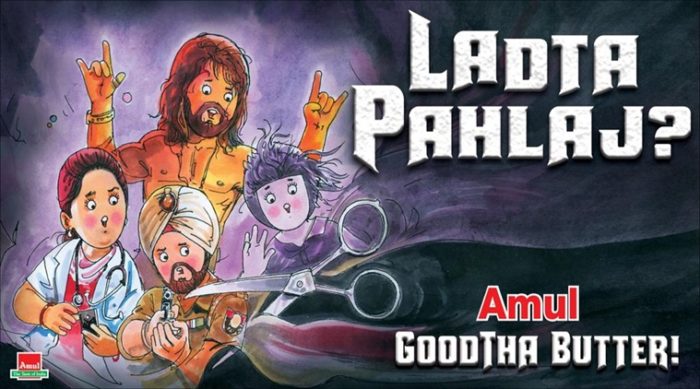 The blockbuster movie of South India that created records all around. But in words of Amul it’s ‘Baho Se Belly Taak!’.

Rajnikanth starrer superhit movie. Kabali fights against the oppression faced by the Tamils working in Malaysia as labourers and is put in jail. He comes back and takes revenge. Keeping in mind Rajnikanth’s super abilities Amul made this super awesome poster. 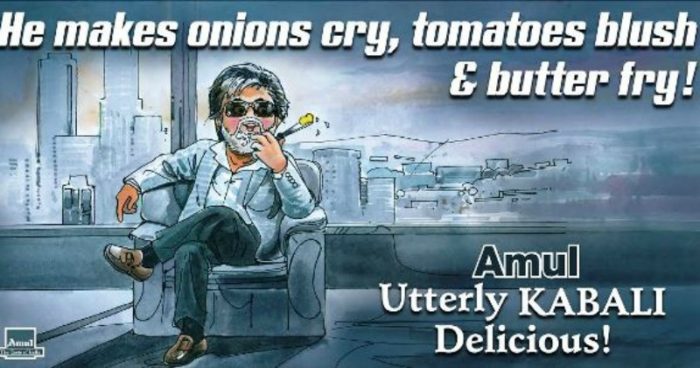 One of the best biopics of 2016 showcasing the love for country and daredevil attitude of air hostess Neerja Bhanoth. 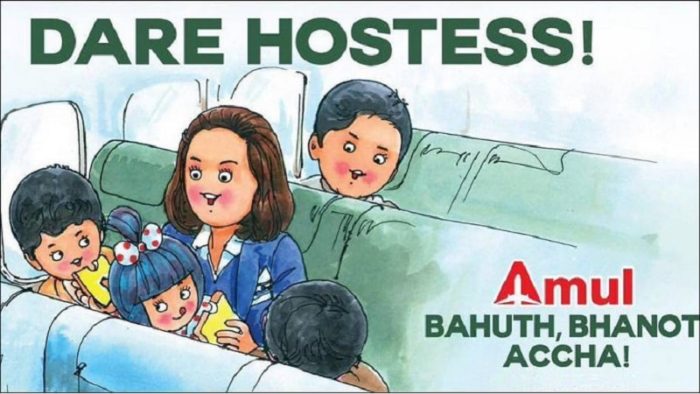 Saved the oldest and best one for the last. The poster speaks for itself! 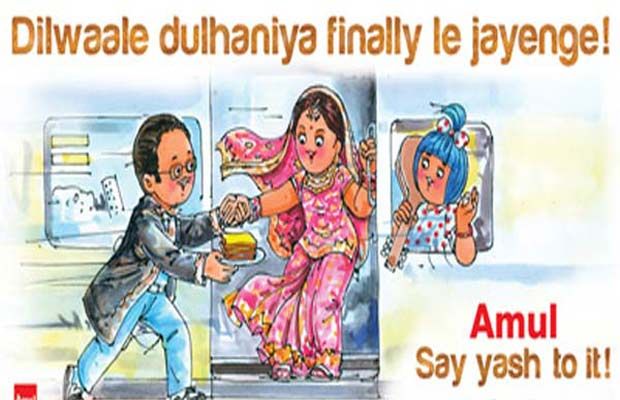