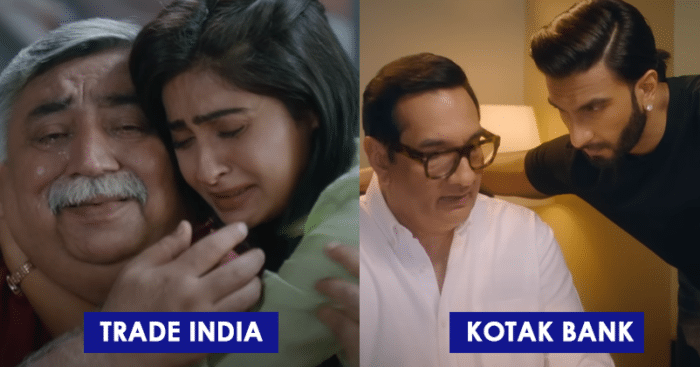 From focusing on the various roles played by a father, to saying all that is left unsaid, here’s how brands celebrated Father’s Day this year.

The heart-warming ad urges new dads to be equally involved in parenting, right from a baby’s first day in the world, so as to not have any regrets in life later, about being unable to spend enough time with kids.

Celebrating the myriad roles played by a father, the ad shows how a daughter and her father, share a rather unique bond, and how a father is simply there for his daughter every time she needs him.

Featuring a candid video of Jugjeet Singh, father of Bollywood actor Ranveer Singh, who travels down memory lane to talk about his son. The ad shows how Ranveer Singh values his father, who is his support system, just like Kotak is for Jugjeet Singh himself.

The ad shows the never say die spirit which fathers abide by, for their own selves and their families. They never give up hope and stay strong no matter what life throws at them. Through the story of Prakash Chaturvedi, the ad weaves the brand purpose ‘Apne Liye, Apno Ke Liye’ beautifully.

From being unsure of lifting his newborn to being its strongest support, the ad beautifully captures special moments of togetherness between fathers and their beloved babies, calling them the heroes of the home!

A social experiment film features people talking about all that has been left unsaid.

With a poignant poem and a captivating background score, the ad shows how fathers often shy away from expressing their love but love us the most nonetheless.

The ad shows a daughters love for her dad and also shows the power of digital transformation which can be used to achieve growth.

Showing the relationship between millennials and dads, the digital campaign by Shoppers Stop brings forth the easy-going and fun side of today’s fathers.