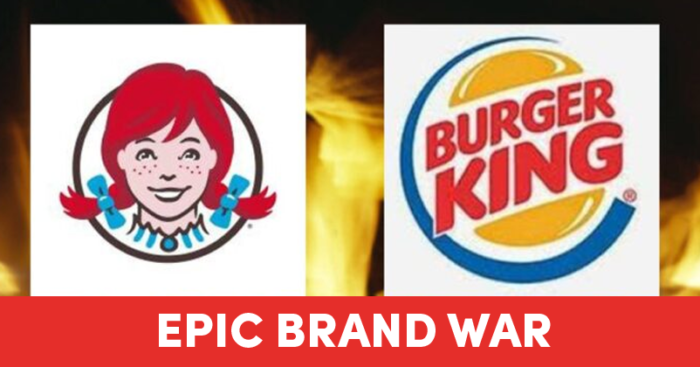 The market is all about brands nowadays and cute little brawls among them are something we all find very amusing. The best part? Most of them take place as Twitter Threads!

Recently, Wendy’s come back at Burger King was not only disparaging but hilarious when Burger King tried to troll them. Once again, Wendy’s unveiled the consequences of targeting them. 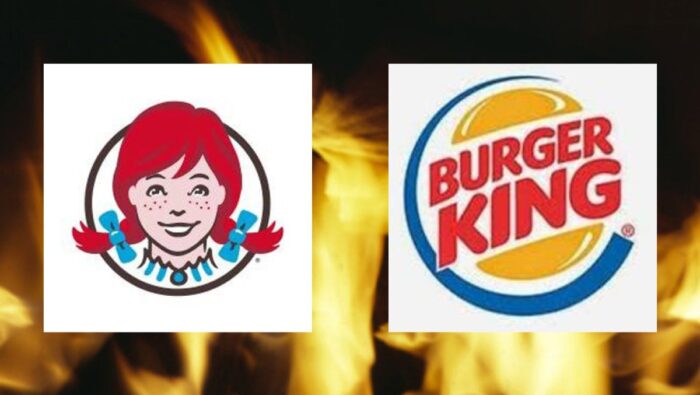 The entire nitpicking started when Burger King twittered a post busting a gut to insult Wendy’s. The post contained a photo in which an eponymous mascot (his crown had burger king’s logo :p) is standing outside one of Wendy’s stores holding a sign in the air quoting, “Roses are red, violets are blue, patties are round.”

Wendy’s reply to the Tweet was not only rib-tickling but almost showed BK its place.

Looked who dropped by to see what Spicy Nuggets were supposed to taste like. https://t.co/zYpvTxNohS


Burger King didn’t stop there. Well, how could it? They wanted more roasting, yet! And once they replied to the Tweet, Wendy’s another awaiting bomb was thrown with full force!


The other Twitter users that were witnessing the situation were observed to be on Wendy’s side which ended up fueling the fire even more!

Leaving you disappointed is sorta their thing

Heard the crown was paper too, but that’s just rumors


Hope the next one didn’t fire up one of the BK’s stores :p


Wendy’s never fail to snap back and they are savage AF. A little while ago, they were noticed throwing burning and crippling comments on the commercial twitter posts of McDonald’s.

Do Not Dare Take Panga With Wendy’s!