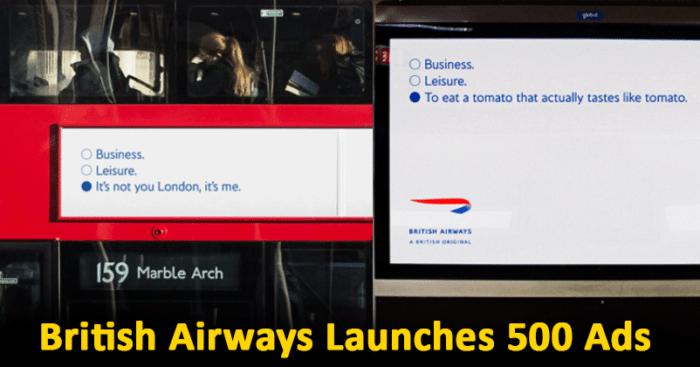 In its first with Uncommon Creative Studio and MG OMD, British Airways is launching its newest multi-channel advertising campaign.

British Airways has launched an ambitious campaign comprising more than 500 unique ads. The ads are in the form of a questionnaire and no ad is the same or repetitive. 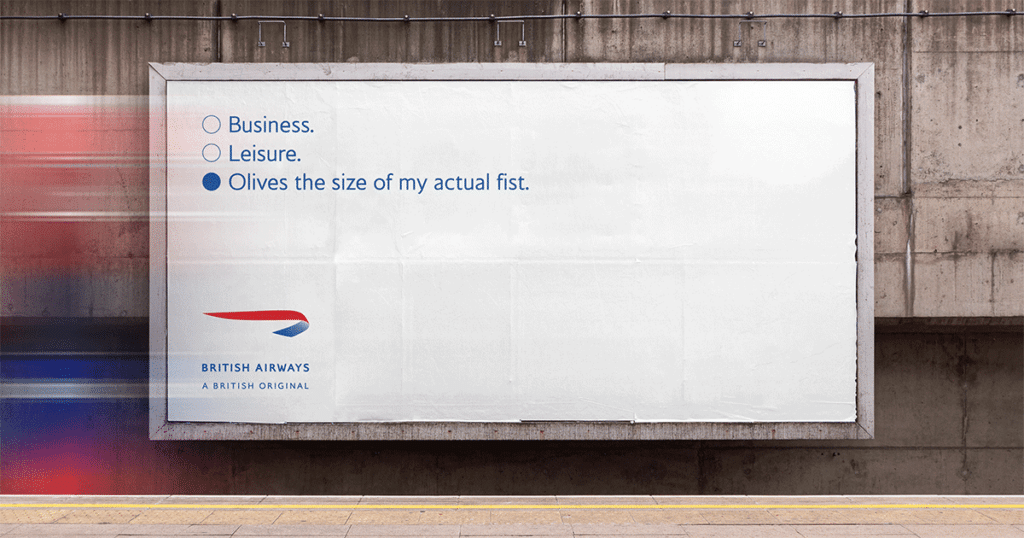 According to Uncommon, it will continue to adapt according to the location, time of day, weather, and what’s happening in the news. The copy will also sometimes relate directly to the medium, “with playful bus wraps and press ads adopting a Battenburg approach with adjacent placements that have interacting reasons for why we travel,” states the press release. 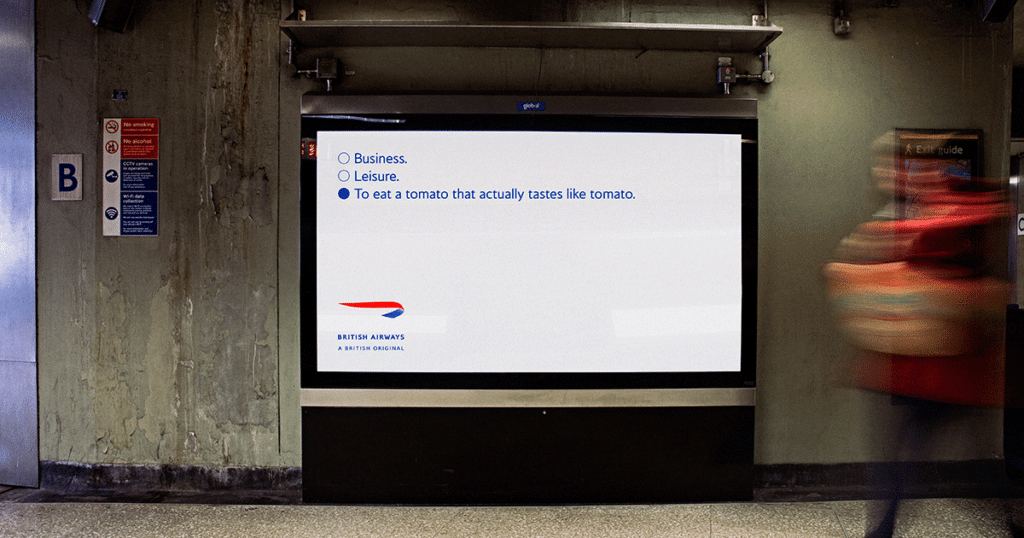 The ads are simply showing a tick box that has very cheeky one-liners that livens up the whole mundane questionnaire.

Uncommon co-founder Nils Leonard told Adweek that the scale of this campaign was necessary to capture people’s wide-ranging travel motivations and to help British Airways stand out from other airlines. 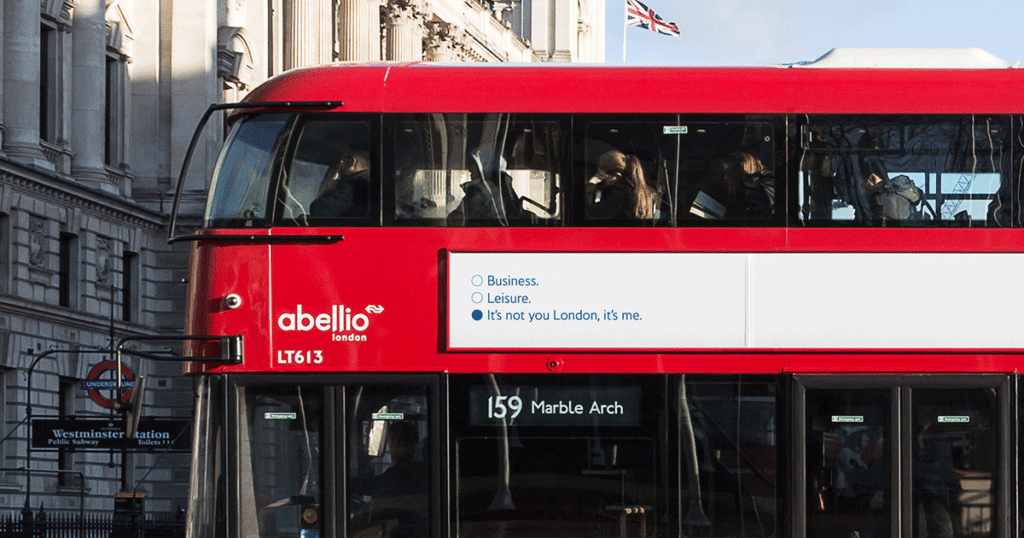 The Purpose Of the Grand Scale Advertising

British Airways came up with this marketing concept in order to revive the travel spark amongst the people. Post the pandemic, the tourism industry was hard hit which led to a downfall of the aviation industry evidently.

Airlines struggled with rising demand, labor shortages, strikes, and airport operational challenges. But after two years of dry spells, people have been gradually picking up the pace and starting to travel once again. Thanks to this, the airlines have also started flying at full capacity and things are looking up after a long time.

Unlike ever before, with this campaign, the airline wants to talk about people and not planes. The campaign has been a huge success all over Europe and has become a talk amongst ad gurus and people on social media alike.