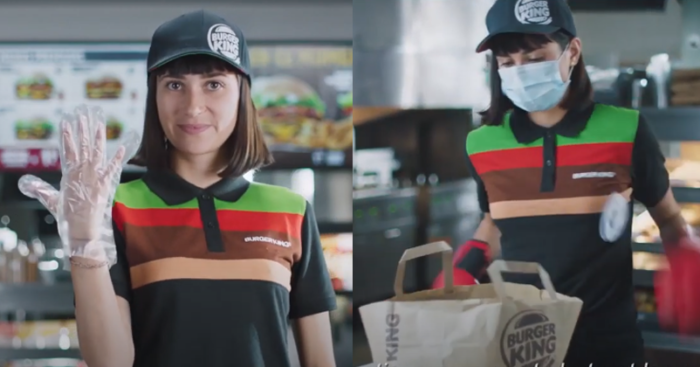 The world is gradually coming out of the lockdown induced due to the pandemic and it seems that its business as usual. The entire economy of the world was put on a standstill in the last couple of months but now that many countries have lifted the lockdown and allowed businesses to resume operations, it can be said that the economic strength can be regained with time.

Brands have started publishing fresh advertisements with a disclaimer for the customers to assure that their products/services are safer than ever.

Recently, Burger King Frances’ recent ad was to reassure its customers that it’s safe to visit, as well as dine at, their outlets. For this, the brand’s creative agency Buzzman took inspiration from Airlines and their dedication for safety demonstration.

The ad is in French however one can easily understand its message at the end, despite the French voice-over. The ad is a classic airline safety demonstration, but instead of an aircraft, it shows the various safety measures adopted by Burger King in their outlets.

The ad by BK followed its rival, McDonald’s, that unveiled a very similar campaign which was also for the French market.

McDonald’s too tried to reassure its customers that it is safe to visit the outlets and showed the various safety measures they are taking.

Burger King India had been making a lot of effort to keep the spirits up of its customers during the lockdown. The brand started an interesting contest with the hashtag #BailMeOutBK wherein people had to upload the pictures of the cooking fails with the hashtag and the winner would stand a chance to win a free whopper.