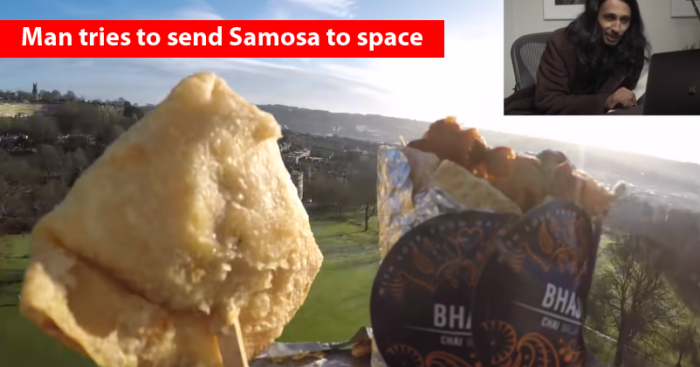 Have you ever sent something to space? This is a fascinating idea that our astronauts and space centers have tried to do before. But before anyone could think about this, a UK restaurant decided to take the plunge and try their hand at making things in space count. They sent a samosa to space which sadly crash-landed in France! 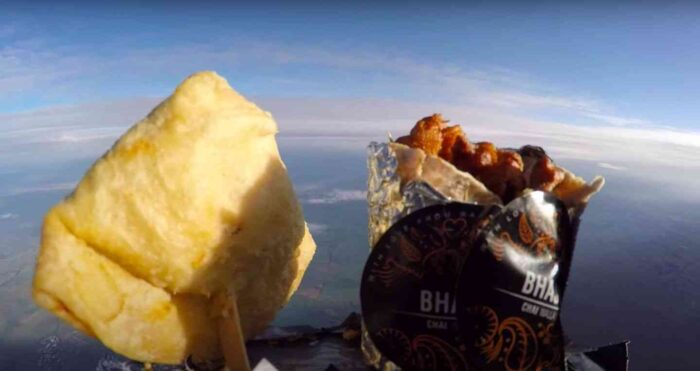 A popular Indian restaurant in Bath called ‘ChaiWala’ sent a piece of samosa to space tied to a helium-filled balloon. It was also armed with a GoPro and GPS to track its movement. Of course, the owners must’ve thought that this would be a great idea featuring them in local and online papers, maybe even in the Guinness Book of World Records for doing something extraordinary.

Unfortunately, they are currently in the news for the wrong and rather hilarious reasons. Here in this picture, the owner, Niraj Gadher can be seen preparing his rocket samosa for take-off! Thankfully, he took it as a joke from the beginning and his intention was to make people laugh during these trying times. 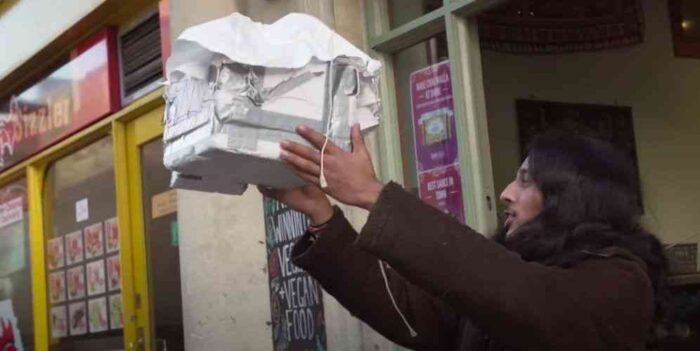 As soon as he realized that the samosa had crash-landed in France, he took the help of the people there to detect his GoPro. Alex Mathon, a guy from France, volunteered to track the samosa down! With all done and dusted, this video definitely makes us laugh even though the mission wasn’t that big a success!

If you could send something to space, what would it be?