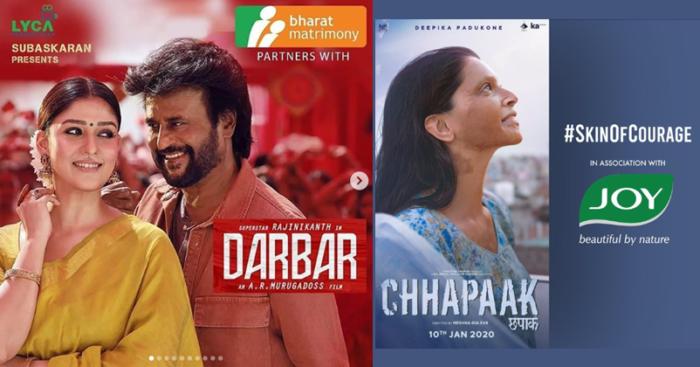 Year 2020 is going to be extra ordinary for the Indian Box Office thanks to the amazing line up of movies ready to be released. Recently, we witnessed the release of Deepika Padukone’s Chhapaak, Ajay Devgan’s Tanhaji, and Rajinikanth’s Darbar.

All these movies feature the A List actors who are known to rule the box office with their movies. Viewers are going to have a hard time deciding which movie to watch first.

The movie makers of all 3 movies have also made sure that the marketing part is on point. Lets have a look at the brands who associated themselves with these movies.

The true story behind the movie was enough to garner audience’s attention yet the maketing strategies opted by the makers is nothing less that extraordinary.

RSH Global, a personal care company in the business of skincare products, under its brand name ‘Joy’ today, launched a new range of product suitable for the sensitive skin of acid attack survivors, Joy Sensitive.

The 2016 release of Rajinikanth‘s Kabali had created a new concept in brand promotions. Around 10-15 brands were associated with the movie back then. Air Asia has introduced a flight with movie posters as a part of movie promotion.

Following the same route, Darbar has also tied up with SpiceJet and flew aircraft with the movie poster. SpiceJet is also a brand partner for the movie. 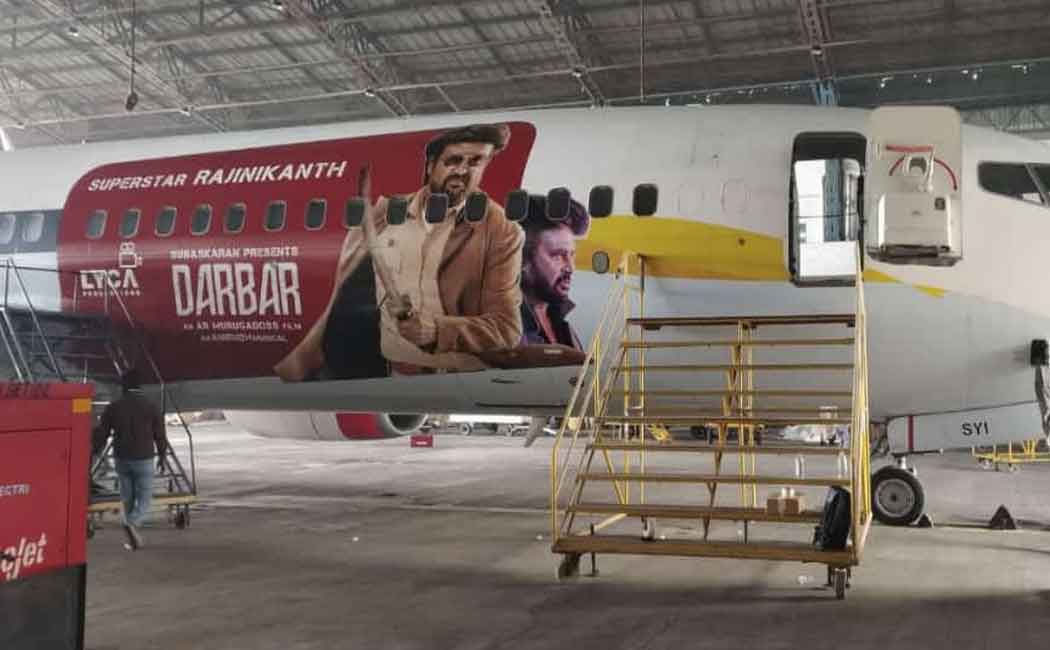 SpiceJet unveiled Darbar’s poster painted on its aircrafts and many people shared the images on the social media as well.

Followed by SpiceJet, the online matchmaking site, Bharat Matrimony also played its part in promoting the movie through Instagram.

The paint & coatings giant Nippon Paint also did their bit and were quick to share the Darbaar Trailer along with their blobbies.

Witness the Superstar of Indian Cinema and Asia’s real Superstar of paints come together in a dynamic team-up to dominate this Pongal season. We are happy to be associated with Superstar Rajinikanth as he is all set to light the box office on fire with his latest action movie, Darbar. Catch our Blobbies share the screen with the Superstar across your television and theatres near you. #NipponPaint #SuperStar #Rajinikanth #Darbar #Pongal #DarbarThiruvizha

Apart from these brands, the multiplex partner for Darbar is PVR and Gaana as its streaming partner along with Twitter as its social media partner. The list is long and impactful.

For an unrestricted realm of action, get ready for the original villain to take the scene. Catch the power-packed action that @rajinikanth is set to bring in #Darbar, only at your nearest #PVR. Book now on the PVR App or website. . . . #Tollywood #Superstar #Movie #Film #InstaFilm

‘Chumma Kizhi’, ’Marana Mass’ & ‘Kilimanjaro’ are just some of the hits waiting for you in the #Darbar of Superstar @rajinikanth. Listen to all his hits on Gaana.

Ajay Devgan, Kajol and Saif Ali Khan starrer Tanhaji invested hugely in OOH media promotions. From Delhi metro to on-road hoardings, the makers of this historical movie took the movie-marketing to the next level.