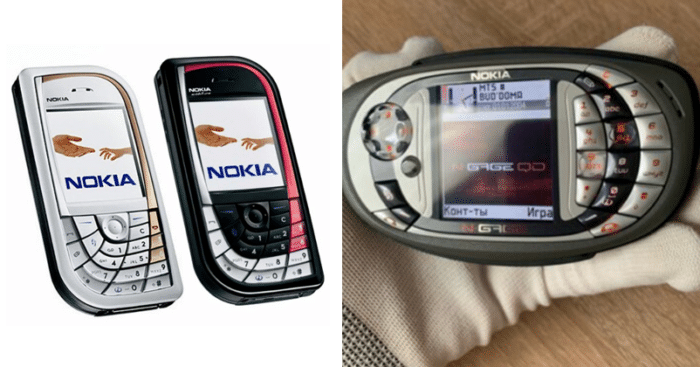 Do you remember the crazy mobile phone designs in the early 2000s? Weren’t they extremely creative and hi-tech looking? I remember one of my rich cousins getting a Nokia 7600 which looked like something coming straight out of a Matrix movie. It was the smallest phoe launched back then with 87  * 78 * 19 mm as is dimensions. 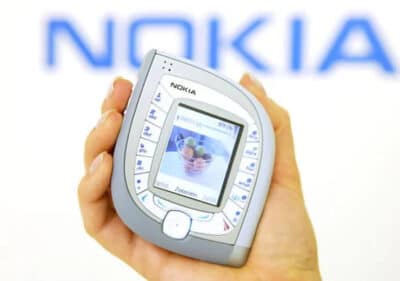 Today we have a variety of smartphones with the best cameras and features. You get enormous screens and surprisingly unique features. But in the early 2000s, phones seemed to be smarter than today’s smartphones at least when looks are considered.

A Twitter user names Gerry McBride has shared a thread on his account sharing some unique mobile phone designs from the 2000s and we can’t help walking the road to nostalgia.

This thing was ideal for if you had to take photos of Russian documents while undercover in Moscow, also yes that is a tag on it like it's a t-shirt pic.twitter.com/XGc302ubGk

“Phone design went Catshit bananas”, Do we agree with this statement? Well, we have no reason not to.

The next in this thread is the craziest phone designed till date, at least this is what we think. Users of this phone might be getting a feeling of being an undercover agent of some dead serious mission. I wish these were still available in the market.

“Also yes that is a tag on it like it’s a t-shirt”, Did you really notice that “Nokia’ tag on that phone though?

"OK… what if instead of it flipping, it PIVOTED"

Imagine texting on this and you locked. Just shitfaced drunk not knowing if you hit the 4 or the (squints) pencil pic.twitter.com/pDJfDdEg2A

One more- here's a phone I had, the Sony Ericsson W995. Nothing unusual about it really, slide out keypad etc. But it had a little kickstand that let you prop it up to watch videos! isn't that something?! Where's that innovation nowaways?! pic.twitter.com/xSjw7Vfxi6

There genuinely doesn't seem to have been a 'wrong' way to make a phone. pic.twitter.com/tD384sxKde

That this one only has two rows of numbers is sending me to the fuckin shadow realm pic.twitter.com/aPFVEhjuHS

Just gonna cap off this thread with the (not very unusual) phones that I had in my time, starting with the Nokia 3310. They say these are indestructible, but I broke mine falling the length of the Horse Hill in Carrickmacross one night at 3AM, drunk pic.twitter.com/VwIOiiMvtR

Then I got this on an upgrade, and hated it. I think I had it for 6 months and sold it and just went back to my Sharp. It was just… meh? Nothing special? Also that aerial was rubber and I had to get it replaced because I fell into a habit of chewing it like a pen. pic.twitter.com/JjKbwPKKXk

Now, I loved this phone. Loved it. It had a sliding camera cover which I thought was badass. It remains the only phone that I lost (or had stolen) on holidays in Spain, and I've never returned to Spain since out of spite. Fuckin' Spain! pic.twitter.com/ty1X1i0gv4

Then we're into Smartphones, a Galaxy SIII which I *instantly* smashed, and then a HTC Desire S which I kicked up and down the yard for years without putting a scratch in it. iPhones ever since. Nothing slides or moves on them. Boring. That's it! pic.twitter.com/aKjsU57otX

People reacted to the thread with great excitement and shared some of their nostalgic memories about some amazingly crazy mobile phone designs from the yesteryears.

I always wanted the N-gage. pic.twitter.com/OREAQRjng3

Looks like the designers of Mobile phone manufacturers were really creative and ready to take daring risks in terms of designs of mobile phones and it really worked.

And talk about their strength and durability. Have you heard the stories of Nokia 3310 falling from a rooftop and not getting even a scratch? It’s not too hard to believe as the phone was really too strong and heavy. 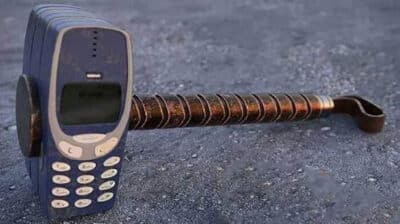 Definitely an indestructible phone with excellent battery life and of course a much simpler life.