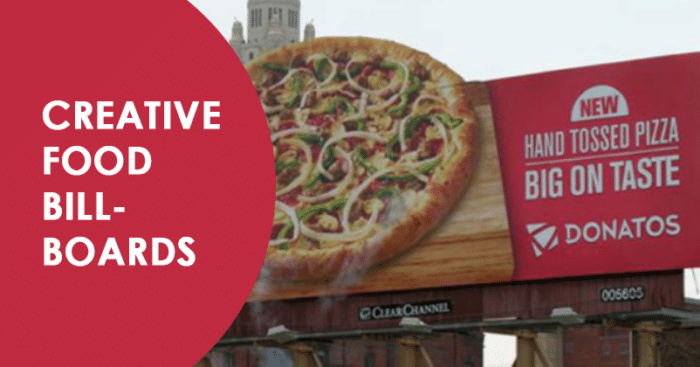 The food industry has been one of the most active ones when it comes to using billboards as an advertising medium. They are a very effective, affordable and creative medium to promote products, especially when placed at strategic locations, in order to encourage buying too.

Here’s looking at some out-of-the-box billboard ads, that literally has everyone salivating! 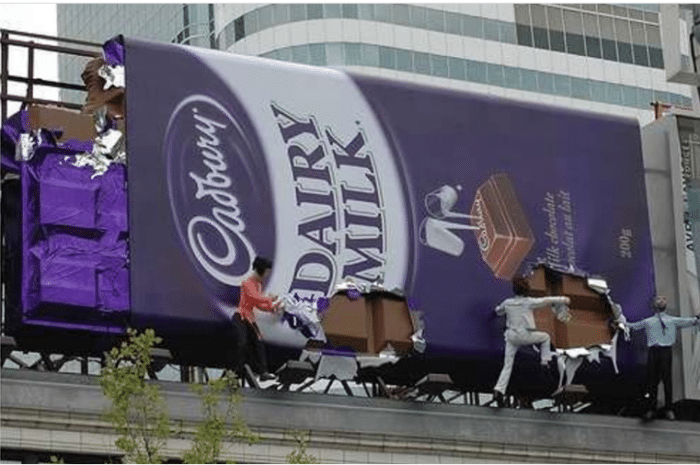 This head-turner ad by Cadbury got the message across effectively, that nobody can wait for a bite of the Cadbury. Featuring models impatiently tearing at the chocolate bar, the ad also conveyed that only displaying products won’t be enough, thereby asking marketers to get more creative. 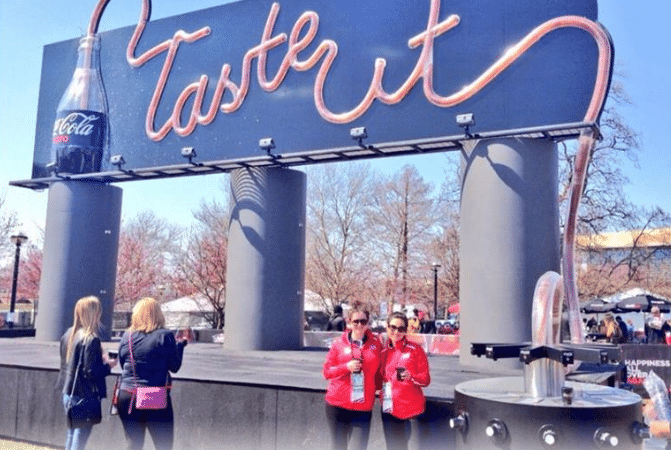 This drinkable billboard by Coca Cola shows to what length the company is going to promote its new Coke Zero. The sign installed at White River State Park in Indianapolis, serves Coke Zero via a 4,500-foot straw that spells out “Taste It.” Fans can taste Coke Zero for themselves from any one of the six fountain spouts at the bottom of the billboard.

On March 20th 2015, to commemorate the biggest solar eclipse in 16 years that UK would ever witness, a digital billboard in London’s Piccadilly Circus featured an Oreo biscuit crossing the cream, with the caption “And you won’t have to wait eleven years for the next one”. The campaign got extensive media coverage and was made the ad of the day on websites. 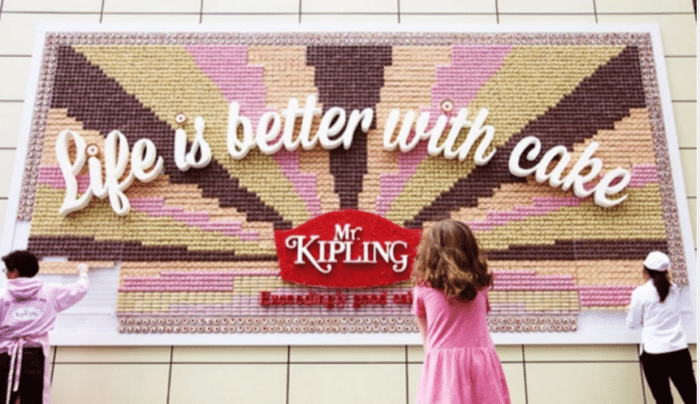 Their ‘Life is better with Cake’ billboard surely attracted a lot of cake-lovers and non-lovers alike, sit up and take notice.13,360 individual desserts were assembled over 7 hours to make this sidewalk billboard. And the best part! Passers-by got to eat them too. 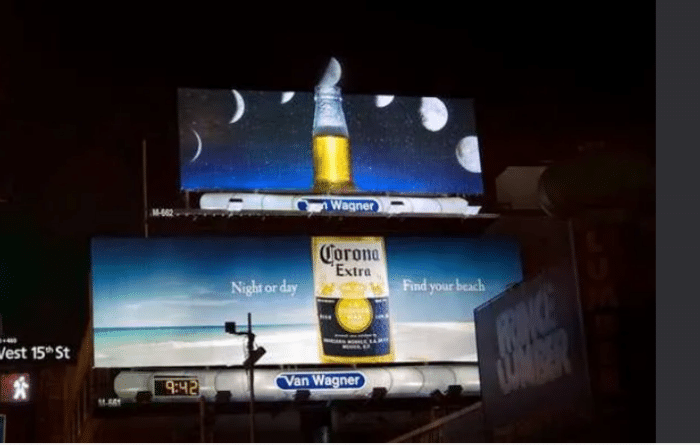 Ten years back, a billboard by Corona used the moon on Friday and Saturday nights to appear as a slice of lime on the bottle top of Corona beer in a carefully calculated advertisement in New York City. 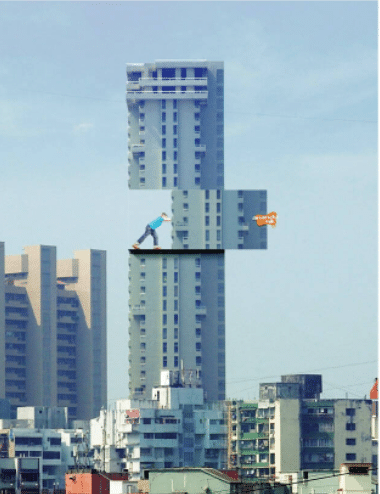 To encourage milk consumption in kids, and change the perception of milk being boring, Anando Milk used a hoarding amidst a prominent building in Mumbai, appearing as if a child is pushing the building with his bare hands, conveying the message, that milk gave superhuman powers to a child. 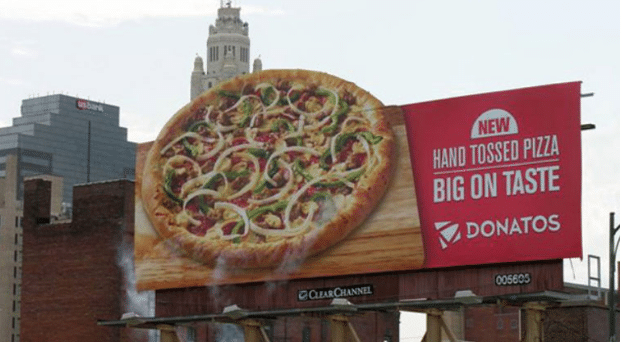 The billboard shows a steaming freshly made pizza, that is just ready to be eaten. The steam is the genius of a well-placed blower. 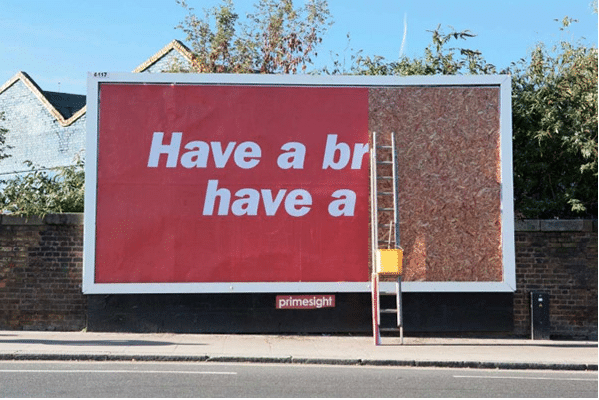 The billboard just conveys how powerful a brand can be inspite of being shown without its complete logo. 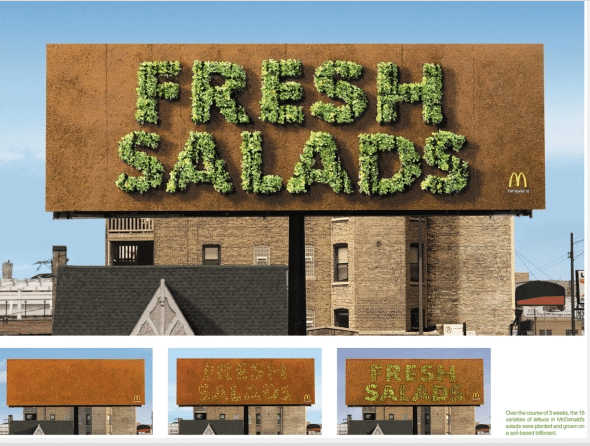 McDonalds did something no one ever has. They literally grew their billboard. Over three weeks, thousands of lettuce heads grew to spell out ‘Fresh Salads’. After locating the direction for maximum sunlight, they called upon one of the nation’s leading horticulturists, who searched the for the 17 varieties of lettuce that went into a McDonald’s salad.
And with nature’s help along with an an army of gardeners watering and pruning twice a day, they got their one-of-a-kind billboard.