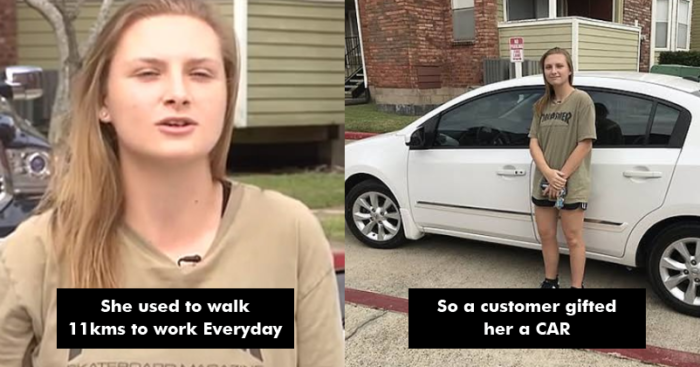 Adrianna Edwards who works as a waitress at Denny’s which is an American restaurant chain in Galveston, Texas, was recently gifted a car by an anonymous couple she served at breakfast. 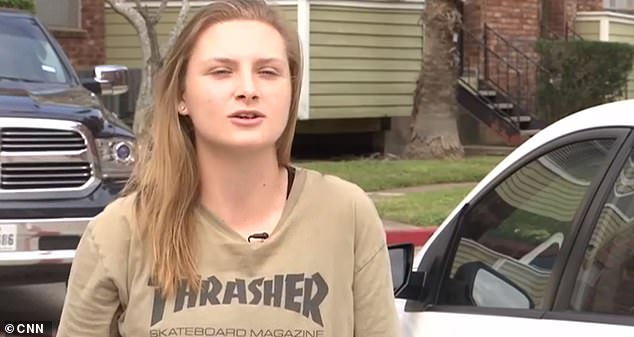 The couple gifted her a ride after learning that the young woman had to walk 14 miles round-trip in order to get to work every day.

“I still feel like I’m dreaming. Every two hours, I come look out my window and see if there’s still a car there.” Adrianna Edwards told KTRK-TV.

Sharing more details on the story Edwards told the station that the couple sat in her section on Tuesday for breakfast, and learned she was saving up money for a car. The couple soon paid and left only to return a few hours later with the keys to a 2011 Nissan Sentra that they’d just bought for her from Classic Galveston Auto Group.

“She teared up, which made me happy that she was so moved by that,” the woman who bought the car told KTRK, which kept her anonymous because the benefactors wished to remain unnamed.

The couple’s only condition was that she pay their kindness forward, she said.

“I just hope that one day when I’m financially stable enough, I can help somebody else in need,” said Edwards.