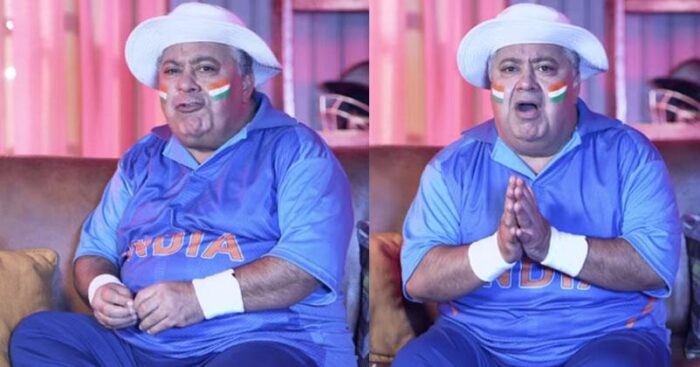 ICC Cricket World Cup is the biggest stage for all the International to show their talent. It comes after every 4 years and is the most powerful trophy when it comes to 50-50 cricket. Not only for players, but the World Cup is also important for brands also because fans are super active with all the updates about matches giving brands a great chance to advertise their products.

This year, humor is leading the advertising world and it seems that Dabur Red Paste has found the right combination for Indian fans. The brand has launched a campaign named #SabkoChabaJayenge in which it is smartly supporting the Indian team without crossing the line of sportsmanship.

As a part of this campaign, Dabur is launching video ads just before the Indian team matches and the performance of Indian players are helping the campaign go viral. It started with a funny video before India vs Pak match in which an Indian fan named “Chaubey Ji” talks about how Indian team will munch (Chabbana) Pak team with its performance just like he munches Pakistani Akhrot. 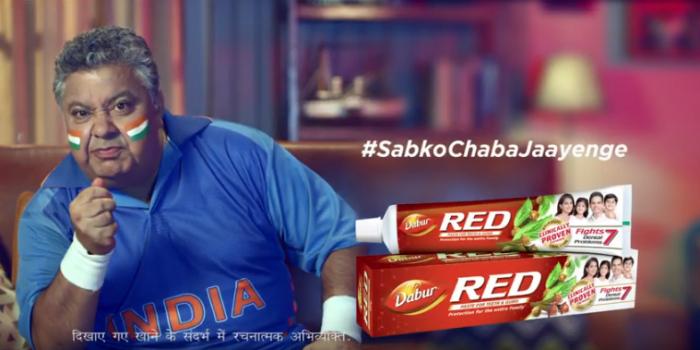 Similarly, in every video, he is seen munching popular foods of our opponent team’s nation such as Badam from Afganistan, Coconut Tart from West Indies and now in the latest video, he talks about English Stick-Jaw Chocolate from England. Getting excited to watch the full video? You can enjoy it below:

Also, his way of munching is adding fun to the video. Indian audience, especially social media users are loving these ads and Dabur Red Paste has certainly struck the right strategy at the right time. It looks like a perfect way to promote an Ayurvedic toothpaste brand.

Share your thoughts about this campaign in the comments section.