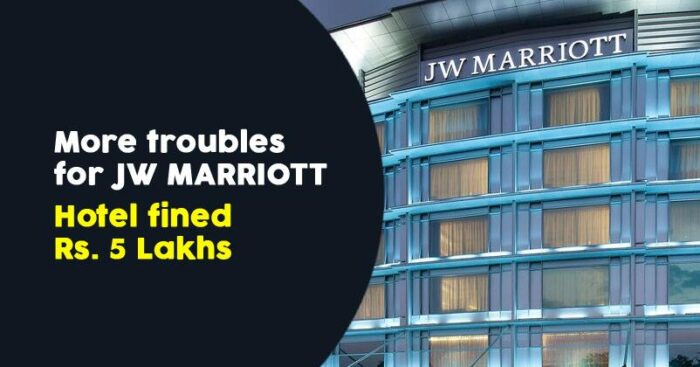 Seems like controversies are not gonna leave JW Marriott soon as just a few days after the popular Rahul Bose incident, the hotel chain has been fined Rs 5 lakh for possessing liquor bottles without the mandatory hologram.

A team of the UT excise and taxation department visited JW Marriott on July 25 and found the taxation records. The team discovered seven liquor bottles without holograms.

As per clause 46 of the Excise Policy, no licensee can sell liquor without hologram. On the complaint of Rahul Bose, the department visited the hotel for checking and invested about sale and stock register.

The officials have directed the hotel to either destroy or take permission from it for two bottles found with the hotel.

The order reads, “Two brands of IFL (imported foreign liquor) were in the possession of the hotel, which are not approved by the department for the current policy year. But, the brands were purchased by the hotel in 2012 and 2017 when they were registered by the department. The hotel is directed to either get approval of the said labels/brands as per clause 10 of the Excise Policy, 2019-2020, or destroy the liquor under the Punjab Excise Act.”

Note that, On July 27, the excise department had charged a Rs 25,000 fine on the hotel for violating GST norms.