Marvel universe’s new movie Spider-Man homecoming is about to release. Thus Sony Pictures is leaving no stones un turned to do the perfect promotion of the movie. This time they have created a digital billboard at Times Square that is sure to attract the views of the people.

A Combo Of Superhero Billboards 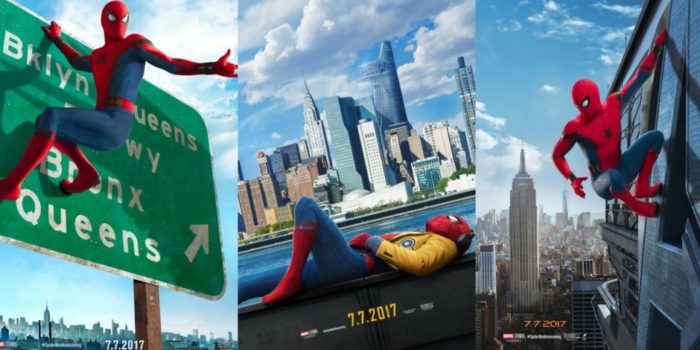 This is basically about gaming. An URL is flashed on both the Billboard digital screens in Times Square. People who are willing to play this game needs to access the URL to enter the game and enjoy the extravaganza.

One screen showcases Dell’s Inspiron 15 7000 which is a games related Laptop and the other screen flashes the URL promoting the game that the viewers can participate on. 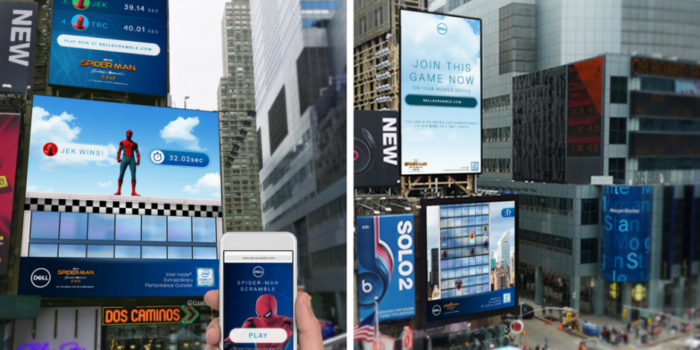 What Is The Game About?

A Spider-Man game, so it’s all about crawling and being a superhero.

The players would need to tap their phone screen quickly to help the Spider-Man to climb the building. The superhero will climb up a nearby building which will give an insight on the performance of the users.

“Creating an experience which incorporates gaming into the promotion would clearly appeal to [potential Dell gaming latptop] customers. The game also helps to promote the relationship between Sony Pictures and Dell, as the game on the DOOH screens actually powered by Dell computers.”

Not only by Billboard but they also came up with advertisement on television and on social platforms.