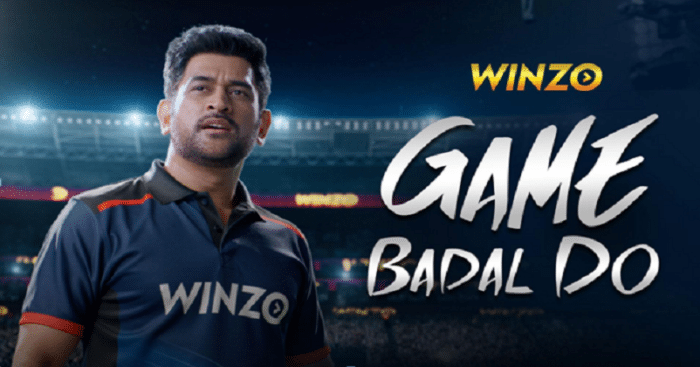 When the legend, Mahindra Singh Dhoni himself says that he is planning on changing the game he plays, almost every individual is going to be left in shock. And to incorporate this element of surprise tactfully, WinZO, the online gaming app produced an ad campaign in collaboration with Ogilvy to promote their app in the quirkiest manner!

When opinion leaders like Mahendra Singh Dhoni have something to say, it leaves everyone captivated and in awe. Moreover, the IPL season draws a lot of attention and almost every brand comes up with some unique promotional campaign to attract attention to their product. In the last few years, virtual gaming has been establishing quite a presence for itself with quality promotional tactics during the season. And in this year’s share of voice, WinZO has definitely been making large strides in the field.
In their most recent ad campaign, the blockbuster campaign starts off with Dhoni addressing a cohort of journalists and re-iterating how he is known to be a game changer as a person. He further goes on to say how he is now changing his game which leaves everyone in shock, thinking that he will be switching from cricket to another game altogether.

It’s crucial for a brand to keep its messaging in line with its personality and while many niche brands focus on just promoting their image, building a connection with the audience today is a must. What’s also crucial is deciding on who will become the face of the brand and represent it in all promotional branding. Winzo finds its brand ambassador in Mahendra Singh Dhoni, an influential figure, closely associated with the industry. Individuals are very likely to draw inspiration from what he says which in turn, builds on brand recall and awareness. The campaign will also see some more ad films that will be launched during the IPL season.

The “Game Badal Do” marketing campaign by WinZO comprises all elements built to curate seamless brand messaging. From pleasantly surprising the audience to showing all that individuals that can avail from playing games online, the ad campaign ticks all checkboxes. A cohesive script inclusive of all the communication staples, an impactful delivery and a complete closing. All of this showcases how WinZO is making an attempt at changing the gaming world through its exciting gaming formats.

The ad campaign has been written by, Mr. Piyush Pandey, Chairman of Global Creative & Executive Chairman, himself and the upcoming advertisement series too will see vivid representations of inspiration from the cricketer.
What is your take on the ad campaign?