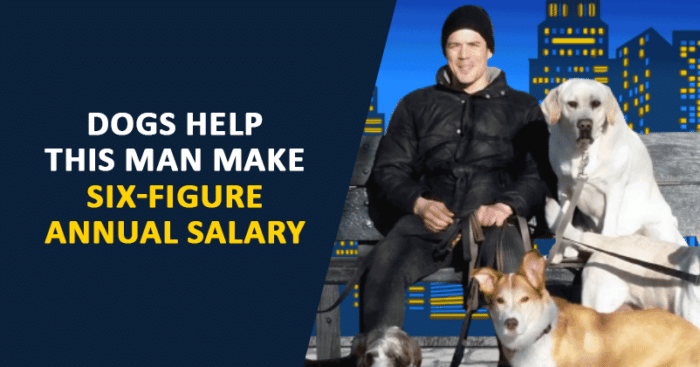 While we have heard of some of the most insane and odd jobs like Chief Listening Officer, or even a bereavement coordinator, a few jobs have been paying amazingly well.

Ask Ryan Stewart from New York and he will tell you how! 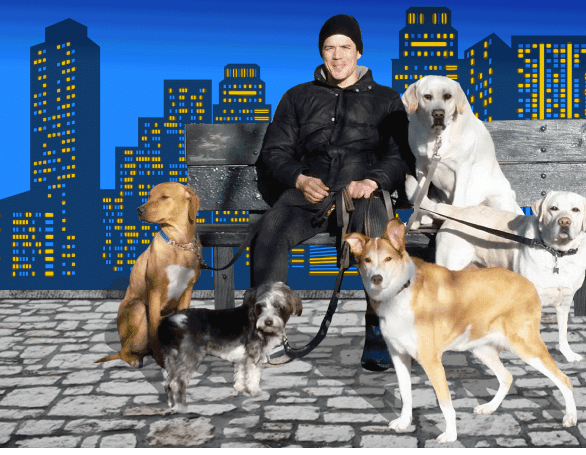 Ryan has been walking dogs for the past 20 years and he has one illustrious career. His job pays him an incredible six-figure annual salary up to $1,20,000. And all of this, without a college degree!

He started ‘Ryan For Dogs in 2007, as a means to support his acting dream. Faced with sparse acting gigs and an unsteady source of income, he worked hard towards becoming a professional dog-walker.

Walking three to five dogs an hour earns him around $60 per hour. With six hours of dog walking six days a week, he has been making a decent amount of money. He works two shifts- morning and evening.

Ryan attracts clients mostly on referrals and charges around $20-$25 per dog during a group walk.

He ensures and takes care of all safety measures, using collars and leashes but never harnesses. His record has been absolutely spick with not even one dog being hurt or run over by any vehicle. 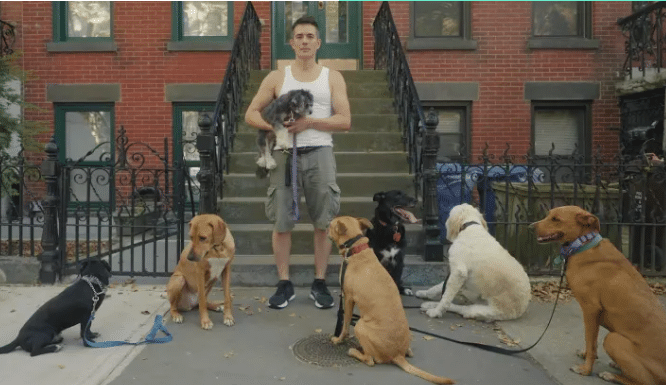 Though everything looks good and rosy, dog-walking being the ideal job for side hustlers, this profession comes with its own risks.

His job is strenuous, to say the least. Even one mistake or an incident of minor negligence can cost him dearly, with expensive trips to the veterinary doctor. According to him, “A good dog walker is focused and attentive because you want to prevent your dog from getting hurt,”

Ryan has to pay for his own health insurance. He doesn’t get any perquisites like paid vacations either. Also, dealing with dog owners, especially after the pandemic due to raised expectations has made his work a little tiring and demanding.