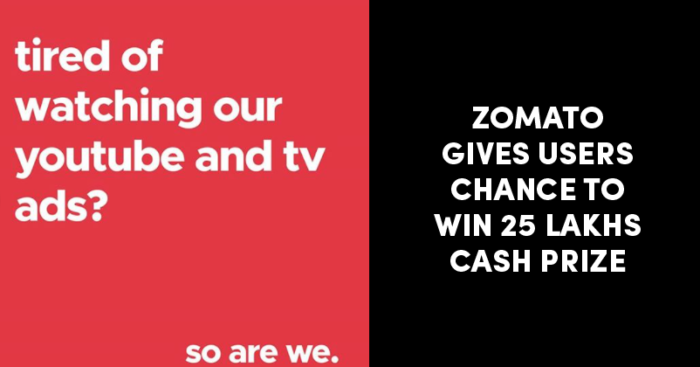 Taking the slack that Zomato gets for constantly promoting their Ads on Youtube videos into account, Zomato India has launched a contest that asks for viewers to create a new video Ad for them. Whoever wins the contest, gets prize money worth Rs. 25 Lacs and has the video displayed as the new Ad by Zomato on Youtube.

This contest comes in lieu with a lot of negative reviews that Zomato gets because of their promo videos which talk about a ‘Rich Butter Chicken’ and a ‘Creamy Pasta’ that you must order online via Zomato. 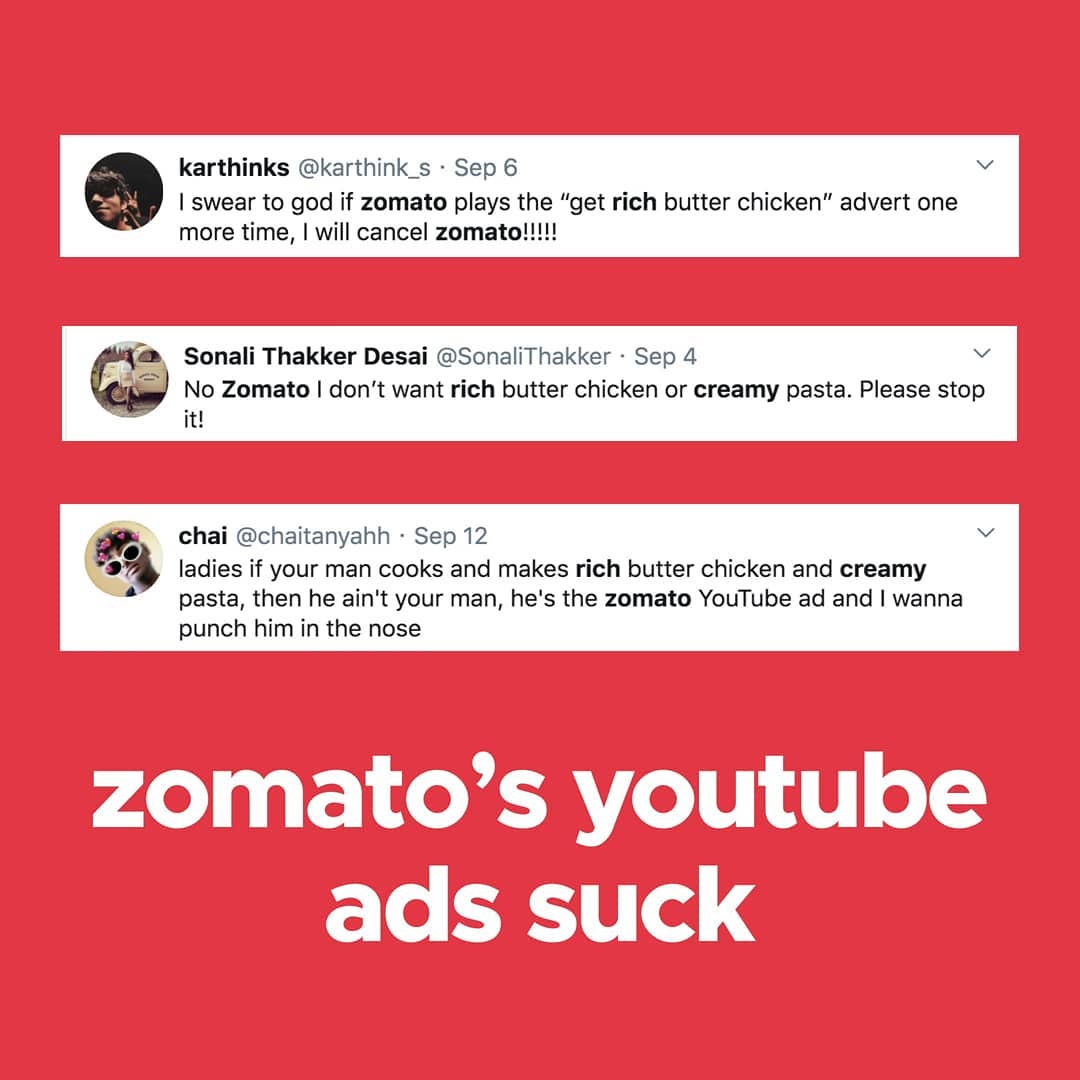 The new campaign, #ZomatoLoot makes for a creative brief by the company which was announced on their social media platforms.

CONTEST ALERT! Make a suuuper fun zomato ad (of less than 1 min) and WIN 25 LACS – use #zomatoloot for every video ad you post on your feed 📢 . Tag all the creative people you know – there are 2nd, 3rd and many 4th prizes too :p

The video Ad must be under a minute and will also be used as a TVC by the company. One can post their entries using #ZomatoLoot until 2nd October 2020. Multiple prizes, 1st, 2nd, 3rd and 4th will be announced 7-10 days after the deadline. Lastly, the likes on the videos posted will also be considered.

This contest becomes another way of handling negative feedback in the most positive manner by a company and Zomato has set the bar very high in doing so!