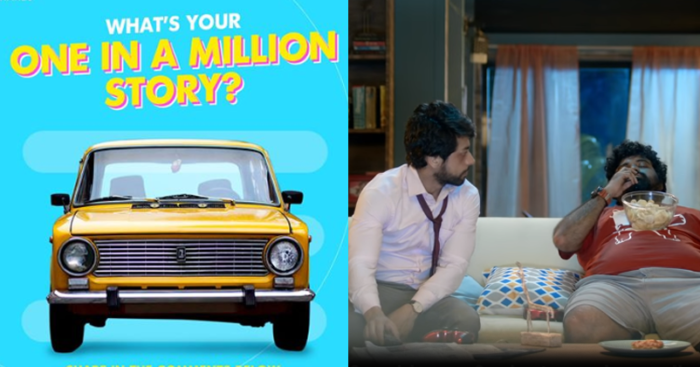 Usually, we see brands celebrating their milestones by sharing their own stories but EarlySalary went one step ahead by making it into a 2-way communication and where customers could thank EarlySalary back for helping them in the time of the need.

With the use of technology, EarlySalary created a virtual handshake feature in the app that was triggered when the customers shook their smartphone. It allowed customers to unlock exciting prizes as a reward for their association with the company on the momentous occasion of achieving the 1 million salary advances mark.

Here’s how EarlySalary executed the campaign:

Call for entries were also rolled out to existing customers, who were asked about their one in a million stories. To participate, they had to share their experience with EarlySalary on social media platforms using #ThanksAMillion. This hashtag went viral on Twitter and reached over 4 Million users. It was also seen trending on the Twitter platform. 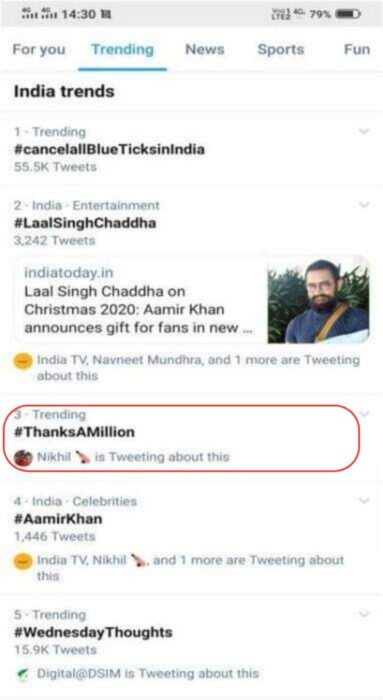 Along with the ‘Virtual Handshake’ feature, customers who innovatively thanked the EarlySalary app using #ShakeHandsWithAnApp in Twitter and Facebook posts won gifts of popular brands. This hashtag went incredibly popular on social media getting more than thousands of entries and clocked nearly 10 Million impressions on Twitter.

In order to give the best gifting experience, EarlySalary associated with reputed brands like OYO, Zoomcar, EaseMyTrip & Enrich 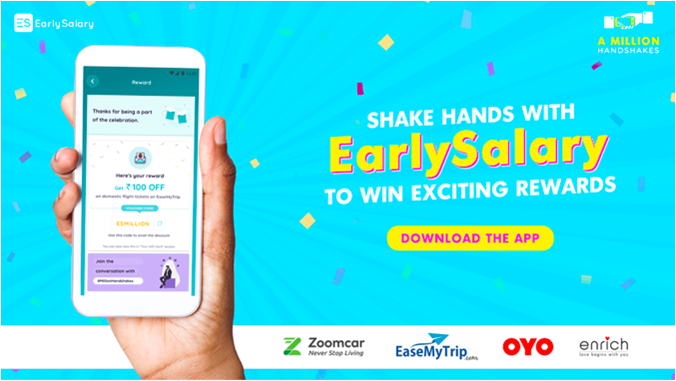 This one also went viral on social media getting thousands of entries and close to 10 Million impressions on Twitter.

This was achieved by strategically partnering with popular social media giants like RVCJ Media which helped EarlySalary to spread its message using Entertaining memes rather than choosing conventional ways.

EarlySalary also tapped into the Instagram audience by collaborating with multiple influencers. 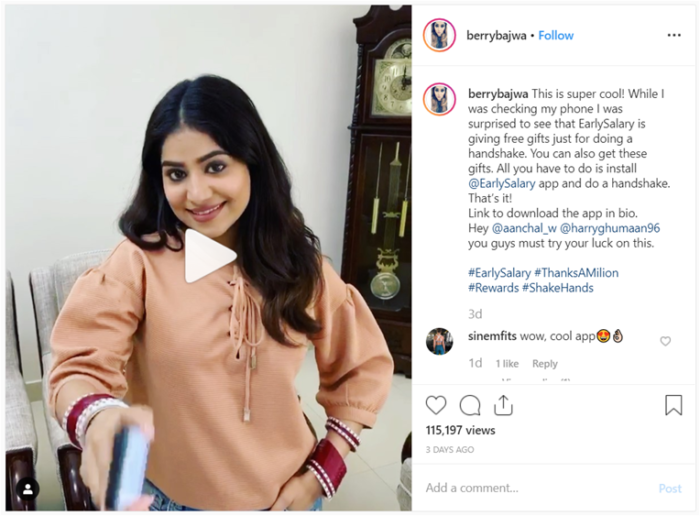 Also, two video advertisements were launched depicting the original stories of customers who used the EarlySalary app to fulfill their demands in a sudden financial crisis.

No campaign is called successful without a good response from the audience and the numbers clearly show how much people loved interacting with this campaign. With a reach of over 8 Million on Facebook and Instagram, 2 Million impressions on Twitter & Google we can easily say EarlySalary achieved great engagement.

All in all, EarlySalary has shown how proper planning and execution can help a brand to achieve multiple benefits like high social media reach, creating a better connection with audience, getting feedback in the right way, making new people try your product and many more things using a complete 360-degree approach in Digital Marketing. The idea behind the campaign was fresh and entertaining for the audience which resulted in amazing interaction.

Have you shaken hands with the EarlySalary app yet? What are your views on this campaign? Share your thoughts in the comments section.