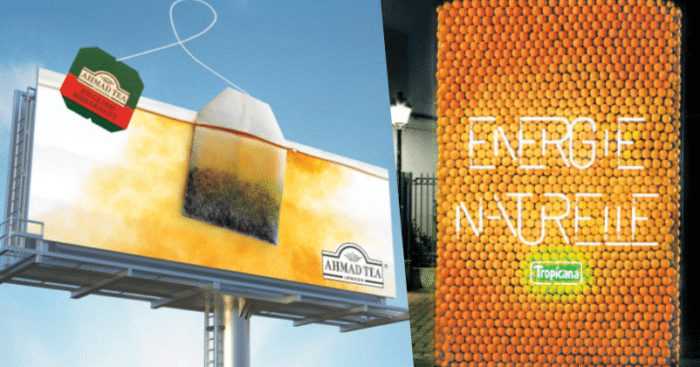 Billboard advertising has many advantages. People take notice, create awareness on a larger scale and also have been credited with changing consumer preferences.
Here’s taking a look at some of the most creative billboards from companies in the FMCG sector. 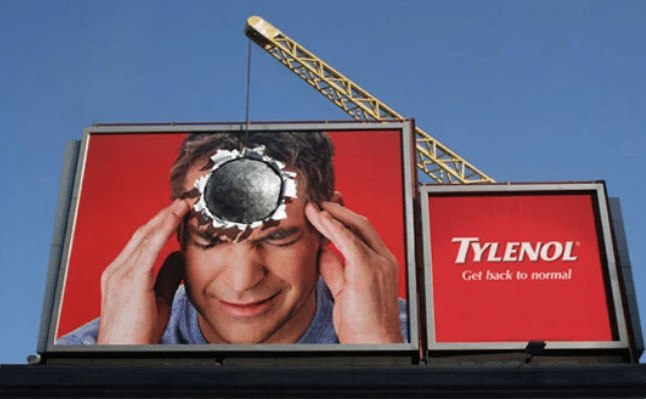 This billboard shows how Tylenol can treat the most severe headaches, the intensity of which is conveyed with a metal ball hitting a man’s forehead, tearing it apart. 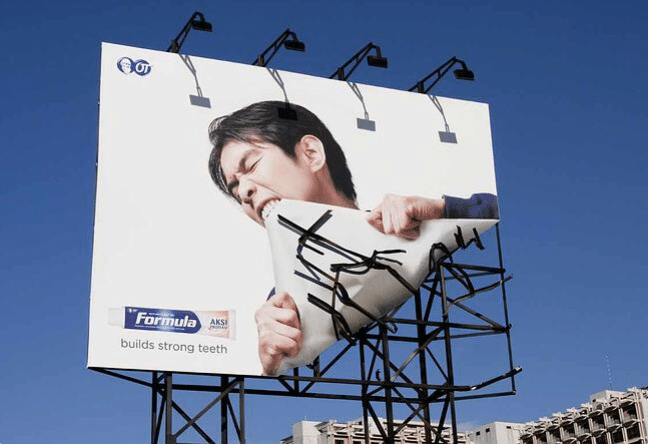 The billboard conveys how strong a person’s teeth can be on using Formula Toothpaste. So much so that even a billboard can be torn apart with bare teeth.

The low-calorie aspect of the product is conveyed by the billboard being light enough to keep moving in air. 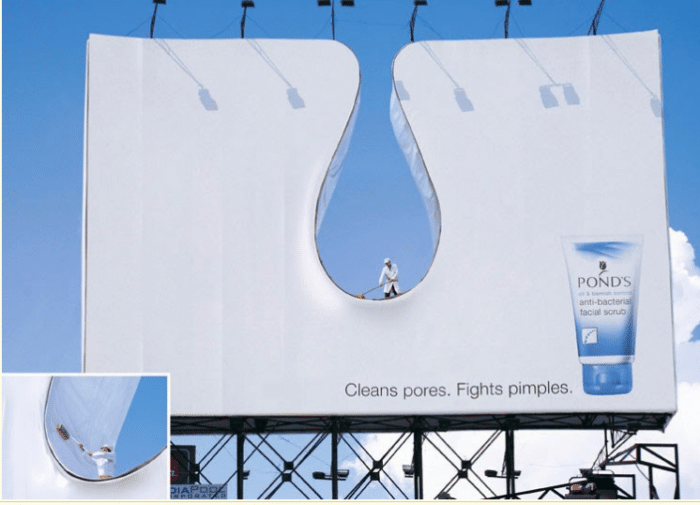 The billboard representing the shape of the deepest layers of our skin, has Ponds scooping up the dirt clean, to give clear and glowing skin, represented by a white billboard. 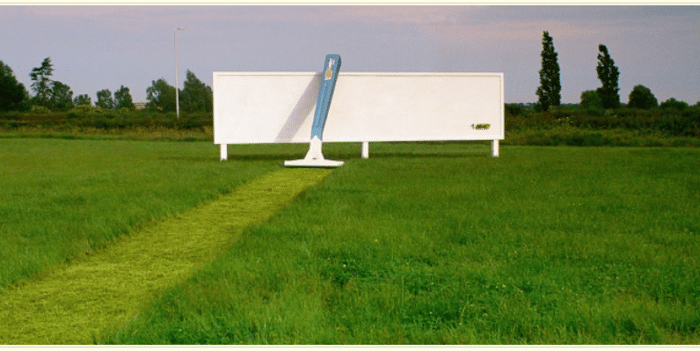 This ad from Japan shows a giant razor shaving a path clean and with precision using a BIC razor, which is placed at the end near a billboard. 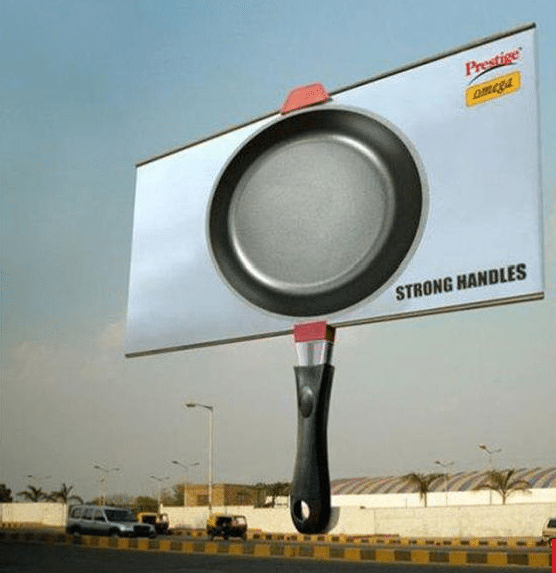 The frying pan from Prestige conveys the strength of their product, just like it can hold the entire billboard with ease on the roadside. 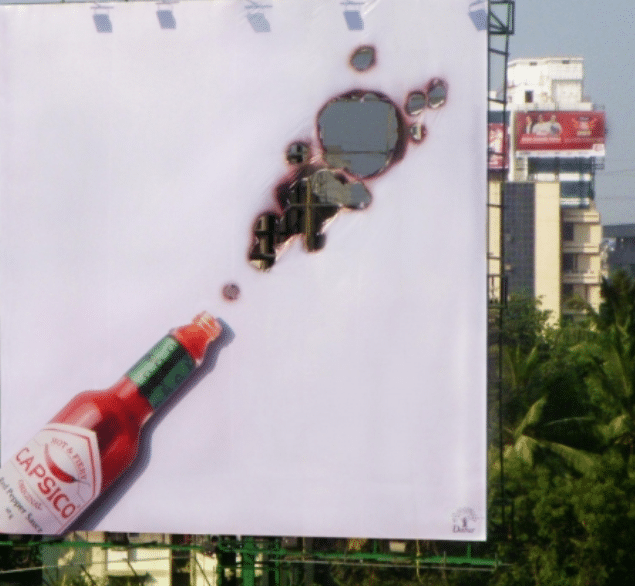 The ad shows just how the powerful, a few drops of the sauce can be, to burn a hole. 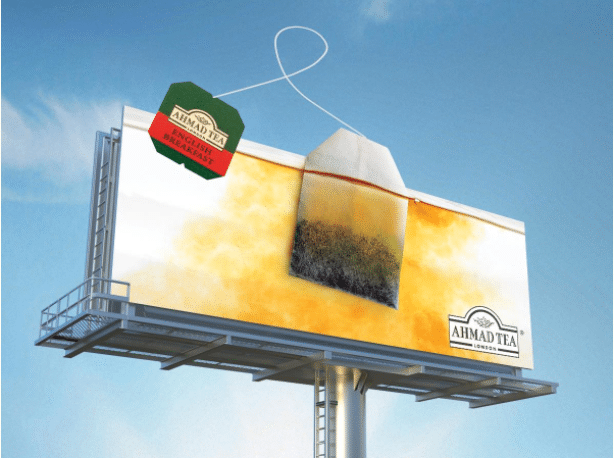 The ad was to remind people that no matter how difficult their day was, a hot cup of warm Ahmad Tea was waiting for them at home! 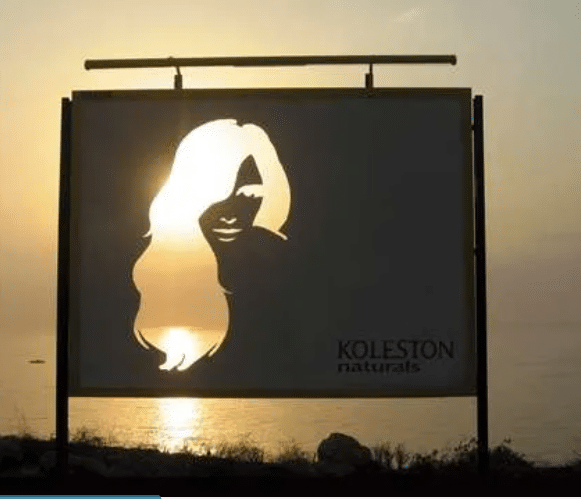 The creative billboard was die-cut to express the various variants of Koleston colors, using the skyline and the sea behind it. 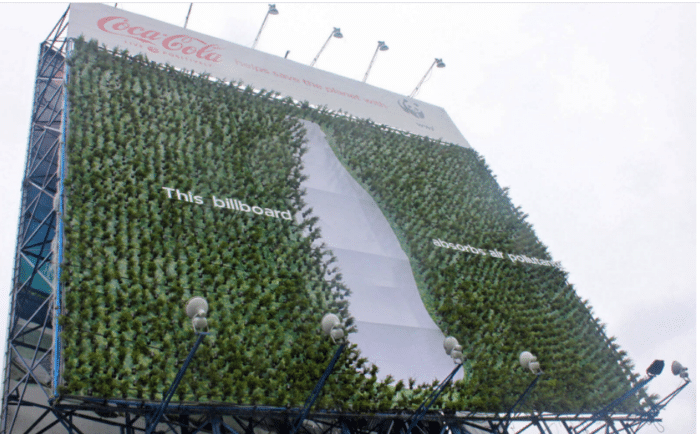 This billboard gave Manila commuters a breath of fresh air by creating the country’s first plant billboard that helps protect the environment. This greening project is for Coca-Cola and World Wide Fund for Nature Philippines (WWF). 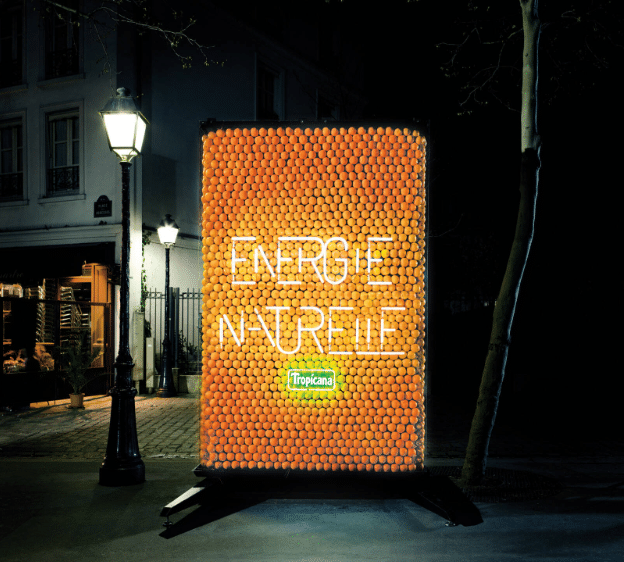 This billboard used energy from oranges to illuminate a neon sign that reads “Natural Energy” and the brand logo. Through several thousand spikes of copper and zinc, a lot of wiring and 3 months of testing, Tropicana managed to make a giant multi-cell battery powerful enough to light up a billboard.