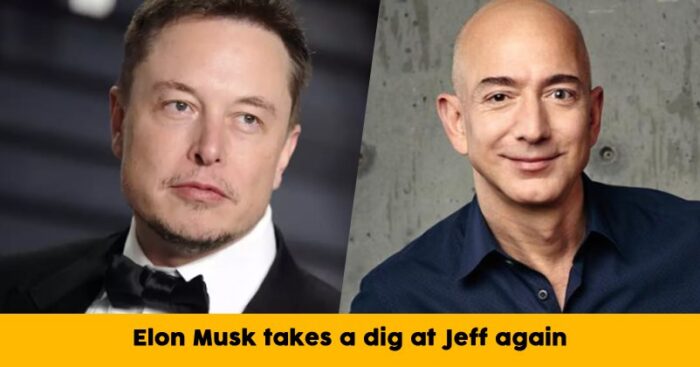 Elon Musk’s recent tweet is a proof that no one can get at Jeff Bezos better than him!

Jeff Bezos’s announcement that Blue Origin will shoot for the moon has got Elon Must shooting his “Wise” words on Twitter.

The SpaceX and Tesla CEO couldn’t help but comment on the moon lander that was unveiled on Thursday by the Amazon CEO’s pet aerospace company.

“Oh stop teasing, Jeff,” wrote Musk in his tweet, adding a winking face emoji at the end with an added link to a New York Times story about Bezos’s vision.

Musk did not stop there. He then tweeted an altered picture of Blue Moon vehicle, in which instead of reading “Blue Moon” on the side of the spacecraft, the image in the tweet reads “Blue Balls.”

Well, this is not the first time Bezos and Musk have exchanged their humorous feelings on Twitter.