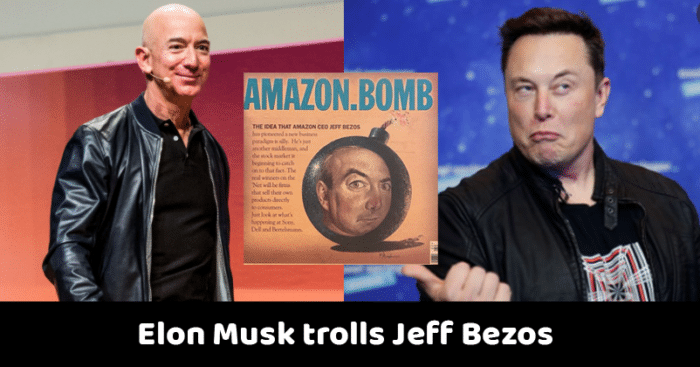 The infamous rivalry behind Bezos and Elon Musk has been going on for ages and in the most recent turn of events, Musk replied to a tweet which celebrated the success of Amazon rather condescendingly.

Jeff Bezos, the founder of Amazon, an e-Commerce giant which has created waves in the industry and is the go-to online marketplace for everyone was earlier not as acclaimed as it is now. People previously did not believe in his idea and Jeff posted a tweet on his timeline which proved everyone wrong.

The tweet was a screenshot of the American business and financial weekly Barron’s with the cover page that said ‘Amazon Bomb’. An article dated May 31st, 1999, went on to call Amazon a silly business paradigm which was only a middleman. 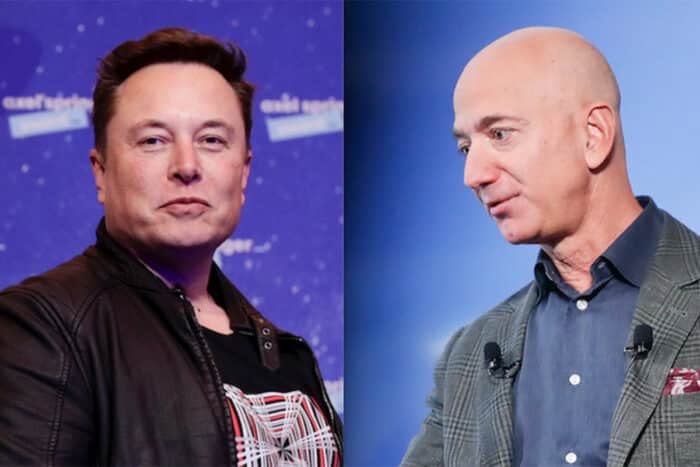 Bezos shared the screenshot and said, “Listen and be open, but don’t let anybody tell you who you are. This was just one of the many stories telling us all the ways we were going to fail.” He added, “Today, Amazon is one of the world’s most successful companies and has revolutionized two entirely different industries.”

Listen and be open, but don’t let anybody tell you who you are. This was just one of the many stories telling us all the ways we were going to fail. Today, Amazon is one of the world’s most successful companies and has revolutionized two entirely different industries. pic.twitter.com/MgMsQHwqZl

And to this, Musk couldn’t help but comment an emoji which showed a big number 2 on it. Indicative of the fact the Elon Musk beat Jeff Bezos at being the richest man in the world.

Bezos did get a reply from Reed Hastings, the CEO of Netflix while he garnered positive and negative sentiments on twitter from netizens.

The deeper the doubts, the sweeter the success. https://t.co/dgrbu6yB3d

A good reminder we’ve all been there at one point or another in our lives. I wasn’t a big fan until I looked into Amazon’s humble beginnings: it’s a shame perseverance and innovation are now considered shameful.

Congratulations on your success!

There might be a bit of confirmation bias here.

You did succeed in spite of all the naysayers and that is great. That is what allows you to do victory laps.

Most who try never reach your level of success.

What do you think of this debacle?