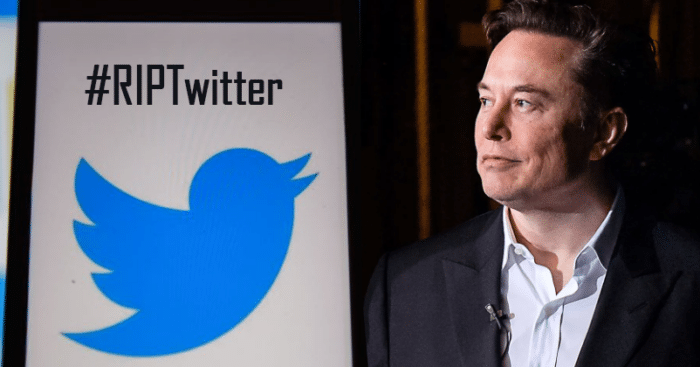 Twitter and Elon Musk have been making headlines for quite some time now. Ever since Musk announced the takeover of the microblogging site, it began one rollercoaster ride for both Musk & Twitter.

After months of speculation and buzzing, the takeover was complete and Musk has since been making major changes to the firm.

Apart from firing the entire board, including the CEO, Musk has also laid off thousands of its employees worldwide.

Not only that, he has removed the company’s “days of rest”, which was its monthly days off for employees to rest and recharge, and has also ended its remote work policy.

Many Twitter employees have been resigning after the change in work policy. This led to the trend of hashtag #RIPTwitter after reports that employees were quitting en masse after Musk told them to either commit to “long hours at high intensity” or leave.

Soon people started talking and sharing memes about how the company may soon shut down.

Ending all speculations, Musk gave a short and crisp reply. He wrote ‘Twitter is ALIVE’.

The three-word tweet has garnered more than 1.4 million likes since then and has been retweeted more than 116k times.

According to Bloomberg, Musk is considering laying off even more employees, targeting the company’s sales and partnership teams.

Earlier, Musk also lifted Donald Trump’s Twitter ban after conducting a ‘Yes’ or ‘No’ poll, which he claims has been viewed by 134 million users.

Musk has been making drastic changes for the company. Whether these extreme actions will benefit the firm or not will be seen later on but it sure has been creating a lot of buzz on social media.

Not only the ex-employees, but the general public and even many celebrities have been opposing the new regime change.