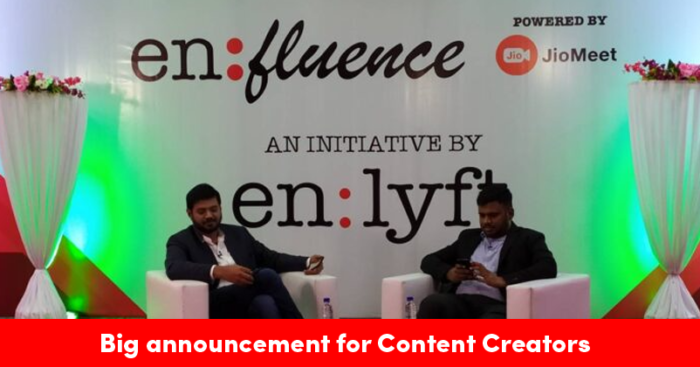 en:lyft announced Creator fund worth 5 Million Dollars for the content creators in the power packed virtual creator summit – en:fluence powered by Jio Meet on Friday. The agenda of the summit was to discuss the growth of content creator industry in the post-pandemic world. en:lyft, being a leading influencer community made six major announcement in the virtual summit in order to  support  content creators to make  premium quality content. The announcements were made by Mr. Ajay Kudva, CEO and founder, en:lyft.

“The creator fund will be for five years in which the content creators will be benefited hugely. The fund will surely help them shape their growth. Apart from that we are announcing encomplish.io, India’s first affiliate program for influencers. You think you are an influencer?India’s first affiliate program for influencers is here and anyone and everyone can register and get campaigns even if they have 10 dedicated followers, this platform will help them grow” other announcements being, launch of a professional walk in camera studio including editing room and pre as well as post production work station for influencers by just scheduling the booking on enliv.io“. Apart from the above announcements Mr. Kudva also informed about ‘en:lyft cares’ which will be a COVID-19 insurance for the creators.

“ We are working towards solutions of the issues that are being faced by the influencers in order to create quality content” he added. The launch of en:LIV Ka Panga’ s first season was announced, which is going to be a reality web series and a unique influencer face off, for the first time on YouTube. The last announcement of all was that the followers can get featured in influencer music video by just uploading their dance videos with the hashtag #EKPsong. 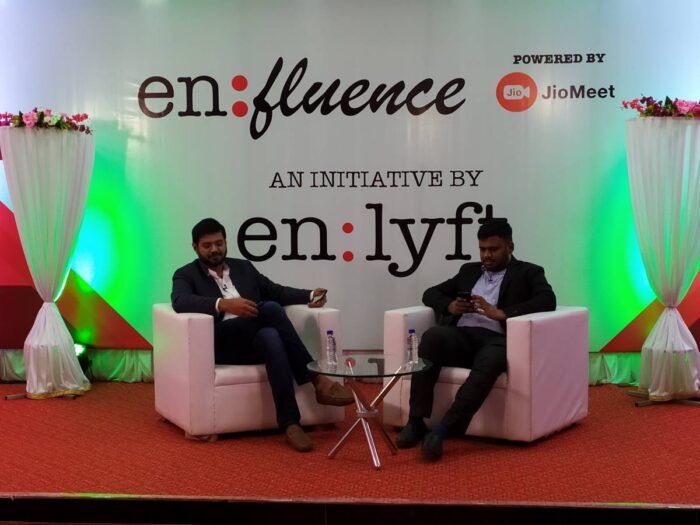 Going forward,a panel discussion titled“Age of short videos” took place in which the panelists talked about how the age of short video has arrived where brands are launching platforms to promote short videos digitally. Furthermore Mr. Yogendra aka Technical Yogi in his Masterclass spoke about “Growth hacking on YouTube” in which he talked about several ways to garner maximum views as well as how to create content that works.

Whereas the other influencers present in the summit talked about impact of content and creators as well as platforms that are supporting content.

Influencers like Praval Sharma aka Sharmaji Technical, Amresh Bharti aka Mahatmaji Technical played an important role in sharing the side of the influencers and creators in the summit. As well as Mr. Vikas Shrivastava, co-founder at WhatsCutPro talked about the importance of creating content on mobile phones and that it gives each one of us a chance to create content online. The session was moderated by Mr. Stafford Fernandes – Sr. Manager at en:lyft.

The summit brought together influencers, content creators and brands on one platform with the sole aim of building an ecosystem for influencers in the post pandemic world where everything is becoming virtual.  Mr. Sameer Mehta, VP, Reliance Jio talked about how Jio Meet is powering the video conferencing scenario being India’s own video conferencing app.