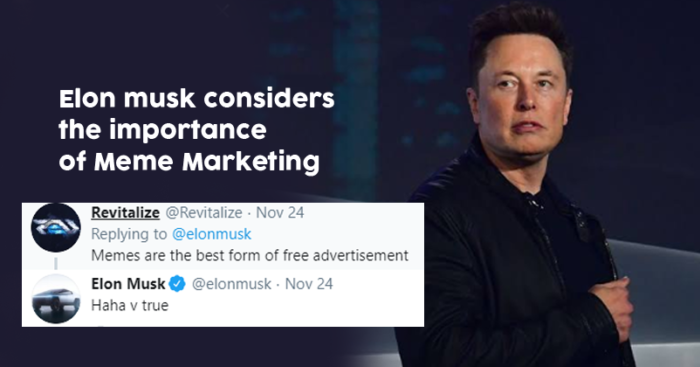 Tesla has received 146,000 preorders for its newly launched all-electric Cybertruck, Elon Musk tweeted just two days after the vehicle’s memes went viral due to its unbreakable windows that shattered onstage.

“146k Cybertruck orders so far, with 42% choosing dual, 41% tri & 17% single motor”, Musk wrote in a tweet. He also tweeted that the orders were achieved without any advertising or paid endorsements.

With no advertising & no paid endorsement

Did the company actually achieve this without any ads? Well, you can say so if you don’t have any idea about Meme Marketing. Firstly, take a look at some memes made by netizens on the event:

Finally a car for Lara pic.twitter.com/B5LR75lkPq

Musk to some engineer at #Tesla: pic.twitter.com/SOGUxCszHS

ELON:
"I want you to make an electric truck!"

DESIGNER:
"Yes boss. What specs does it need?"

ELON:
"It must be faster than all other trucks on the market."

DESIGNER:
"Roger that. What is the budget boss?"

Yes!! such memes helped the Cybertruck get free marketing worth thousands of dollars and even Musk acknowledged the importance of memes in advertising.

So next time when you think about a marketing tactic that can help your brand go viral within minutes, go for Meme Marketing and thank us later.