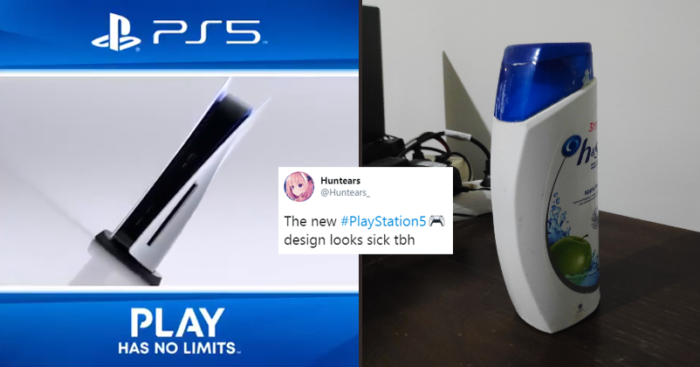 The all-new Playstation 5 got launched last week and while most fans are impressed with the specs and waiting to grab their hands on this device, many fans have a lot to say about the design and it definitely shows! The new PlayStation has next-generation specifications that make it more extraordinary than its counterparts, and of course, most of have dreamt of owning it ever since we were kids! Sony just had a digital event as well as showcasing the new in comparison to its old counterparts.

…and here it is. Thanks for watching! #PS5 pic.twitter.com/pOzHc31X3G

Even though the price hasn’t been determined yet, it is estimated to be around Rs.  30,000 to Rs. 40,000! Would you be one of those buying it? Be rest assured all the game nights are going to be at your house from now on! Here’s how twitterati reacted to the new device,

My #PlayStation5 payment option at the moment pic.twitter.com/Ttee8AGDiA

Me going to buy the ps5 after I've sold one of my kidney #PlayStation5 pic.twitter.com/8bNWIncC6W

A lot of fans bid goodbye to the Xbox after this visually appealing reveal of the Playstation 5 and gaming company Ubisoft praised Sony for their beautiful technological innovation as well,

you have a beautiful family pic.twitter.com/RFziyIUot2

A number of fans were left unimpressed. According to them, the DualSense controller did not make sense.

No wonder it looked so familiar #PlayStation5 pic.twitter.com/zggwp5sMIq

What’s your take on the brand new Playstation 5?