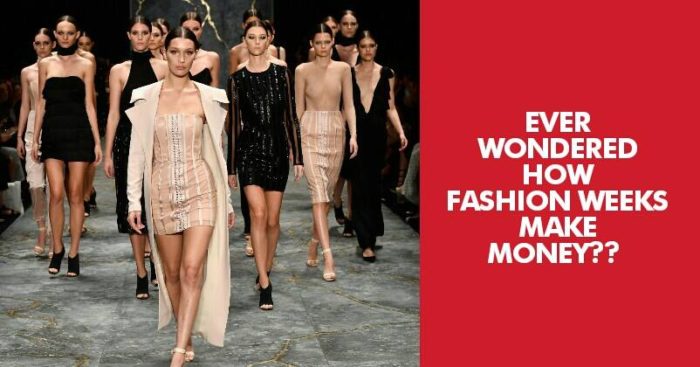 Who doesn’t love fashion shows? All the glitz and glam and the paparazzi is so attractive. One can witness a fashion show going on every day of a year but if one loves traveling. But India too has emerged to be one of the names in the fashion world with every day some new fashion shows being on the go.

But it is the Magnificent Four—New York, Paris, London, and Milan—who command the attention of top retailers and journalists. India too is not lagging behind in showcasing the fashion the world delivers.

India has many like Amazon Fashion Week, Lakme Fashion Week and much more. Earlier people were not so attached with the fashion especially urban crowd, only some high society people were interested. But now with technology, and the fashion houses opening doors to the huge crowd has let the industry blossom well.

According to reports Indian fashion industry which now stands with a worth of 200 crores can go up to 1000 crores in next five to ten years!

Number Of Shows That Go Around

It’s plenty and uncountable. But there must be 10 or 12 notable ones that stand out. Worldwide, Wikipedia counts, there are 138 fashion weeks. So it would take you a little more than 2 years to complete watching each fashion week in your lifetime. Just a few days before the Lakme Fashion Week concluded and the Indian Couture Week at Delhi.

How Do They Make Money?

You must have wondered this always! That’s the real question. Let’s start:

1. Well, the most popular fashion shows don’t give free entrance. One has to buy a ticket to be a part of the large audience and to witness the extravaganza. So definitely a part of money comes from there.

2. The shows get a lot of sponsorship and thus you can witness a lot of brand getting involved. They are the main investors in the business. In the recently concluded Lakme Fashion Week brands like Nexa, IMG Reliance, Tresseme, Etihad Airways, Caprese, Hotsar and much more brands were involved. So now you can imagine the amount of money the show grabbed.

3. Now the shows have several exhibitions being scheduled and so there are buyers too who desire to get hold of the fine piece of work and get trendy. And these stores need to pay the organizers to get a stall.

4. The designers that take part in the show also has to pay participation charge.

So now you can even start off with a fashion show event of your own by planning out the revenues and budgets.