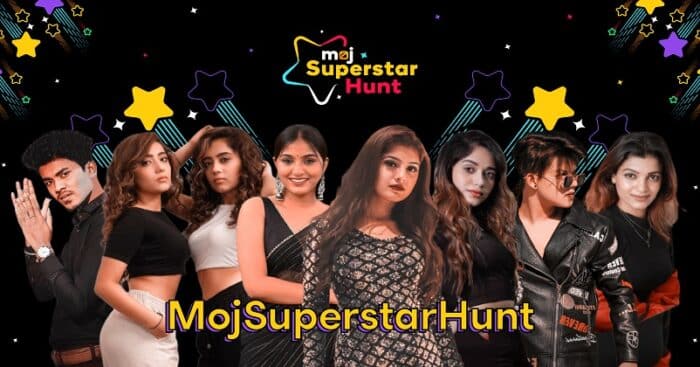 With MOJ completing a year in July 2021, the short video-sharing platform came out with a contest which was a hunt for India’s next digital superstar. Far from viral trend, this contest was focused on finding superstars in five genres -Acting Superstar, Dancing Superstar, Comedy Superstar, Fashion and Beauty Superstar and Unique Talent Superstar. The platform decided to look out for the next big superstar who would be sweeping everyone’s hearts with their talent. 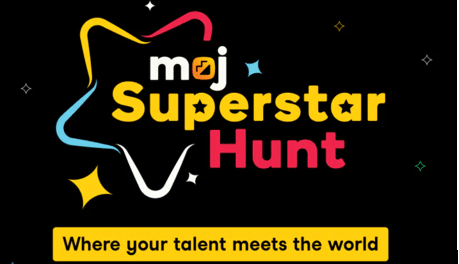 While announcing the contest, Moj declared Rs. 35 Lakh worth prize money for winners. They also announced the Moj Superstar hunt Judge ‘Remo D’Souza and Moj star influencer Awez darbar who would be hosting the event. They also announced names of the mentors for the Moj Superstar hunt who would be guiding them. The mentors were Arishfa Khan, Jannat Zubair, Riyaz Aly, Surabhi and Samriddhi, Mabu Sherif, Pranavi Manukonda, Akhil CJ, and Amrutha Saju.

Concluding the two month long nationwide digital talent hunt, Moj witnessed amassing numbers. The #MojSuperstarHunt proved to be one of the most successful digital talent hunts on a short video sharing platform. Around 7 Lakh creators participated in the hunt and created over 5 million pieces of content which got 37 billion video plays! Talk about some number crunching right here.

The contest ended with much pomp and saw a grand finale which included 30 finalists. Twenty-six-year-old Himanshu Shrivastav from Gairatganj, Madhya Pradesh was crowned as the Moj Superstar who took home the grand sum of Rs 10 Lakhs. While the winners of the other categories, which included Ajinkya of Dhule for Unique Talent, Pratibha Sahu from Lucknow for Fashion Beauty, Paru Gowda from Bangalore for acting and Prateek Bharadwaj, a wildcard for comedy from Garhmukteshwar took home Rs 5 Lakh rupees each.

With user generated content proving to be one of the most engaging forms of marketing, Moj was able to establish a footing in the industry with it’s talent hunt. The platform saw a massive pool of talent from remote parts of the country which was very inspiring to say the least. Moj provided a platform to this hidden talent who were able to showcase their capabilities and resourcefulness and thus amplified talent from the parts of the country which otherwise do not get much exposure. Judge Remo was left mesmerised by the influx of talent while Awez Darbar was left impressed by the vastness of creator participation and creative abilities.

The Spokesperson for Moj commented that, “The talent in rural India does not get the due exposure that it should be getting along with mainstream content creation avenues. The talent hunt provided equal opportunities to all, those residing in unheard areas too. It truly shows what Moj stands for- entertainment, exposure of fresh talent and a whole lot of fun”

The platform witnessed high levels of user generated content, engagement and relatability with everyone wanting to be a part of the talent hunt. Winning at all aspects of online marketing, Moj leads the path in celebrating an anniversary with its audience in just the right way. What do you think about this campaign?