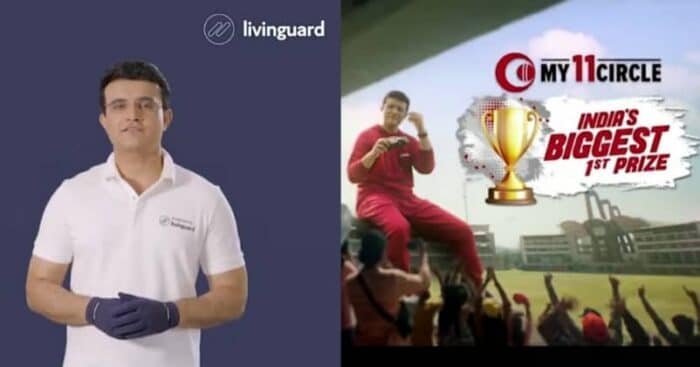 Indian Cricket has always played a very vital role for our country and countrymen. It is seen as more of a religion than just a sport.

One of the most loved cricketers has been Sourav Ganguly who has become a legend today. He is affectionately known as Dada by one and all and has had some of the most impressive careers in the field.

He then led India to win the 2002 ICC Champions Trophy held in Sri Lanka.  Under his leadership, India reached an ICC tournament final for the third consecutive time during the 2004 edition of the ICC World Cup 2021.

After a successful career in the field, today he is the 39th and current president of the Board of Control for Cricket in India.

Today, on his birthday, we are here to talk about not just his cricket skills but his career in the advertising field as well. Dada has been associated with some of the leading brands over the years, making him a brand favorite.

Here are some of the most popular ad campaigns done by Sourav Ganguly.