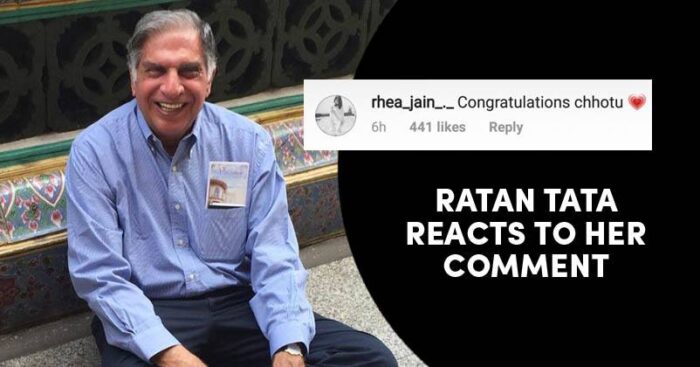 The kind of comments and remarks celebrities leave on social media especially to their followers SAY IT ALL about them. Don’t you think? The energy is literally felt by the way these stars respond to their fans and it again gives the onlookers a chance to reevaluate the person’s formed image in our minds and hearts.

Just like that Mr. Ratan Tata, the most loved business tycoon of India and a highly successful chairman of TATA Group of Industries confronted a situation on social media that had a possibility of making any person mad but he left us all amazed by his response to it.

I don’t know about breaking the internet, but I am so excited to join all of you on Instagram! After a long absence from public life, I look forward to exchanging stories and creating something special with such a diverse community!

Mr. Tata joined Instagram on October 30, 2019, after a prolonged cut from social/public life. It did not take much time for him to accumulate thousands of followers as there is no doubt he has a strong fanbase in India.

Last Tuesday, Mr. Tata happened to have achieved 1 million subscribers to his Instagram handle and he posted a “Thank You” post mentioning how overwhelming the love of public is for him. “This wonderful online family is not what I expected when I joined Instagram and I have you to thank for it”, he wrote.

I’ve just seen that the number of people on this page has reached a milestone. This wonderful online family is not what I expected when I joined Instagram and I have you to thank for it. I do believe that the quality of connections you make in this age of the internet is far greater than any number. Being a part of your community and learning from you is truly exciting and makes me very happy and I hope our journey together continues.

Out of so many comments, one of the users commented “Congratulations Chhotu” on the picture which was followed by comments that displayed people’s disapproval of the remark that had been targeted towards such an amazing and beautiful man.

But then there was Mr.Tata who took it extremely lightly and commented “There is a child in each of us. Please treat this young lady with respect.” 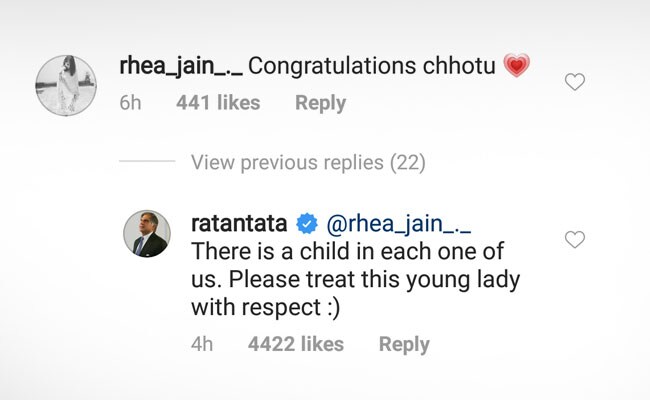 The response of the legendary figure was flooded by people’s appreciating and loving comments. On Wednesday, Mr. Tata wrote a piece on his story expressing respect for that lady who called him “chhotu”. 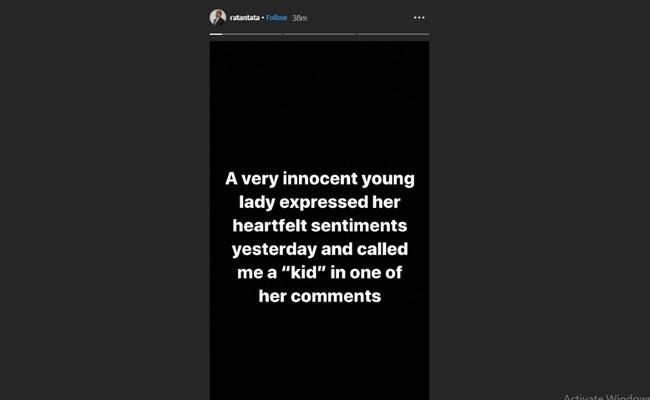 He said that the lady was bullied. 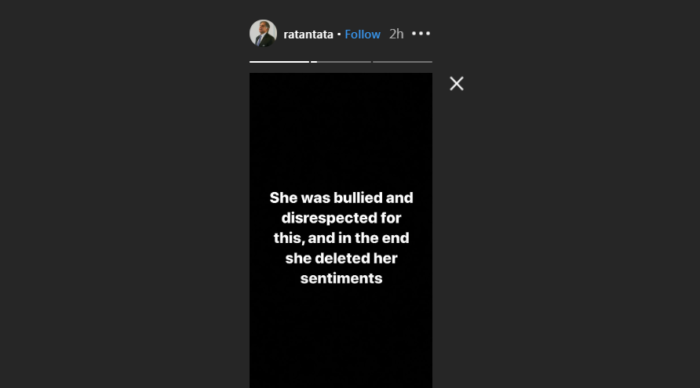 …expecting that she continues to comment on his handle. 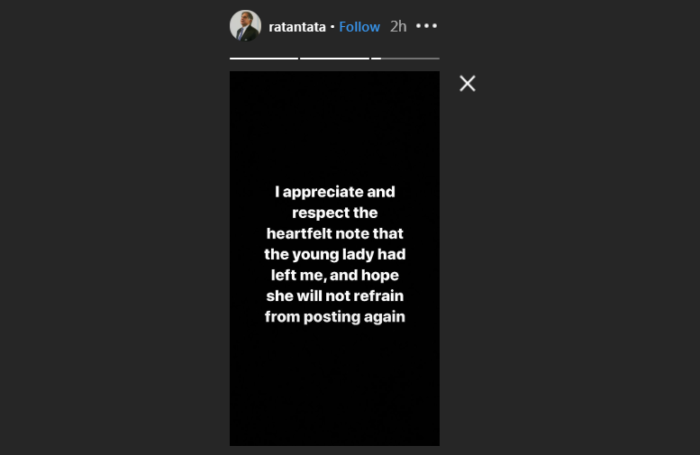 He did not only made us go “Awww” but stole our hearts yet once again! What d’you say?
Source: NDTV