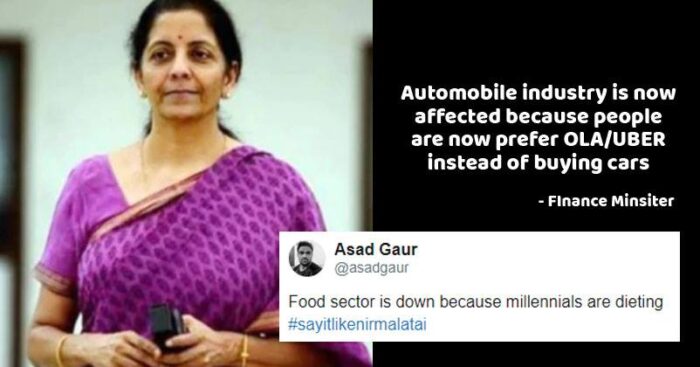 Union Finance Minister Nirmala Sitharaman is facing a serious backlash on social media after she stated during an event that the “mindset of millennials” was a factor behind the slowdown in vehicle sales. She also added that the government has seized the problem and is trying to solve it. 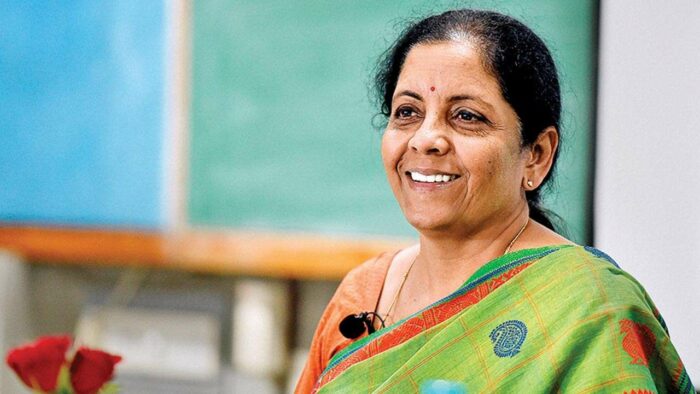 “Now that’s why I periodically remind that the automobiles in particular and the components together have been affected by several things, inclusive of BS-VI movement, inclusive of that registration fee-related matter, which we have deferred till June, inclusive of the mindset, some studies do tell us, the mindset of the millennials who are now preferring not to commit an EMI (equated monthly installment) towards buying automobiles, but would consider taking (cab aggregators) Ola, Uber and everything else or take the Metro. So, (a) a whole lot of factors are influencing the automobiles sector,” she said.

Her comments instantly went viral on social media and resulted in the #BoycottMillennials trending, which people used with jokes and memes.

Here are some of the reactions:

I told the poor sod – u keep watching American TV & that’s why the dollar is getting expensive.

Did my bit for the nation today. #BoycottMillennials

Wedding planners are out of work as millennials prefer live ins..😅#BoycottMillennials

Tourism is down because people are seeing photos and videos of places online.#SayItLikeNirmalaTai#BoycottMillennials pic.twitter.com/icT6iJMciE

The automobile sector, which employs more than three crore people, is reeling from one of the worst slowdowns of the past two decades.

Last month, in an effort to help boost sales, Sitharaman had announced a number of measures, including ordering government departments to buy new cars to replace old ones; there had previously been a ban on purchase of new cars.

She also deferred, till June 2020, a hike in vehicle registration fee, and clarified that BS IV vehicles purchased up to March 31, 2020, would be allowed to run despite the government introducing the stricter BS VI norms.