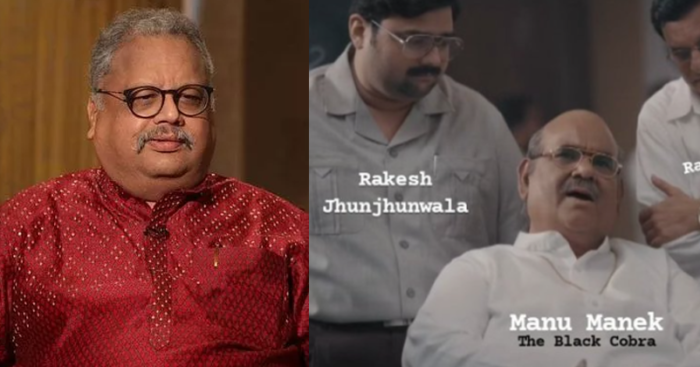 If you liked the Harshad Mehta story on Sony Liv, you might have come across Rakesh Jhunjhunwala. Don’t remember him? Let us refresh your memory.

As portrayed in the series ‘Scam 1992: The Harshad Mehta Story’, Rakesh Jhunjhunwala went on to become the finest man known by every stock breaker in India. He is known as the Big Bull of the stock market with the Midas touch. Don’t you remember his passion for wanting to become the next big thing after Harshad Mehta?

Who is Rakesh Jhunjhunwala?

Rakesh Jhunjhunwala is known as the Warren Buffet of the Indian stock market. He also went on to rank as the 54th Richest Man in India, by Forbes in 2020. He successfully earned Rs. 1400 crores during the coronavirus pandemic this year, regardless of individuals and companies going under major financial losses.

Rakesh was always interested in stocks since the time he was in college. He always had a penchant for the same, being born to an income tax officer and a stock market enthusiast. During the 1990s, he was influenced and guided under Radhakrishna Damani which helped him earn a lot of stocks post-1992. From the time he started till the present day, the BSE (Bombay Stock Exchange) has reached a Sensex index of 40,000 points.

How much does Rakesh Jhunjhunwala earn?

If you’ve seen anything in the series, Harshad Mehta earned a lot through stocks by investing in different companies, he was under the radar of SEBI. So is Rakesh Jhunjhunwala. However, the difference lies in the fact that Jhunjhunwala takes risks based on calculated investments. He has invested in Sesa Goa, Aurobindo Pharma, NCC, and Titan. Since 2017, he has his own stockbroking firm known as Rare Enterprises. He currently earns Rs. 5.56 crores per day from just one company i.e., Escorts Ltd.

In the near future, he has decided to give away 25% of his wealth for charity and philanthropic causes. He also claims of Harshad Mehta being just a dream. His dream of being the next big thing after Mehta is surely a reality for him today, as he has rightfully earned the title of being the Big Bull of Dalal Street today.