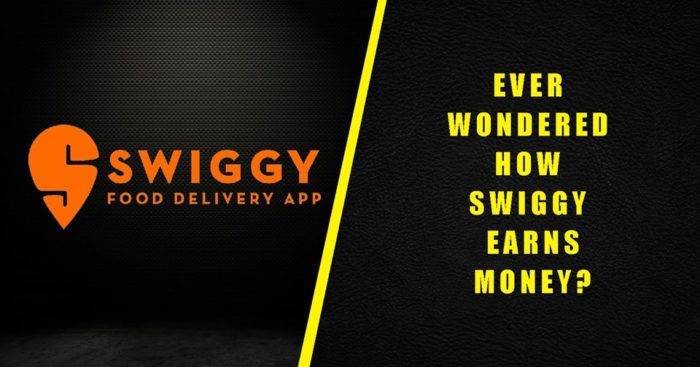 Startups are all about solving problems in a productive way. Online food delivery has increased immensely in fast few years due to the transformation of working culture in our country. A lot of citizens these days prefer to order food from restaurants and due to the expansion of the internet, they use apps such as Swiggy, Foodpanda to do that.

While ordering food from these apps, have you ever wondered how they make money? Well, we have made some research and come up with the multiple ways through these startups earn money.

Before talking about the money lets put some light on the business model of food delivery startups and how they are helping food sellers. As the business models of these apps are similar, we are only taking the example of Swiggy.

Started in the year 2014, Swiggy has become one of the country’s biggest startups both in terms of funding and number of employees.

Restaurants owners prefer these apps as for doing online deliveries they have to set up a lot of things such as making a dedicated app and hiring delivery boys. All this is not easy plus, it requires investments which is not affordable for everyone. Also, there is no surety of making money even after doing so much. So, to avoid all these restaurant owners prefer food delivery apps such as Swiggy.

The major source of income for Swiggy is the commission which it takes for every order. The food points are fixed to pay a certain percentage of the order amount to Swiggy.

The second major source of revenue is for the featured owners that Swiggy shows on its app. Some restaurants are shown above in search than others and for this, Swiggy charges money from restaurants. These food points are shown in the promoted section.

Now, coming to the third source, these apps put some minimum amount for free delivery and above that, they charge money from the person who ordered. Also, Swiggy is looking to tie up with some restaurants and have an extra share of their income.

So, these were the methods by which Swiggy and other food delivery apps earn money. If we actually look at the financial statements is these startups, most of them are running loss as there is tough competition and to fight with that these companies are spending a lot of money on marketing and advertising to make money in future.