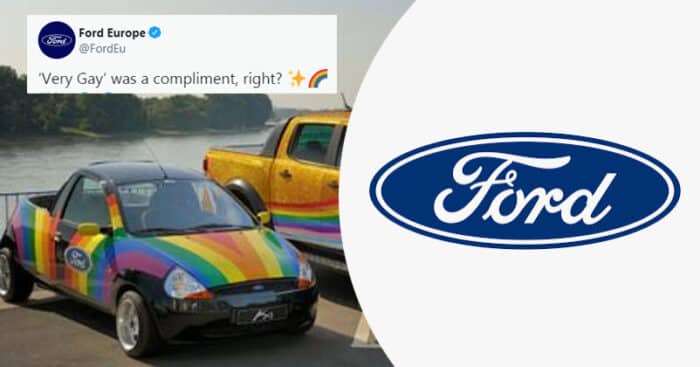 The German wing of Europe’s Ford company recently launched a blue variant of their newly released Ranger Raptor. However, a social media user commented in a discriminatory manner, calling the car “very gay” and also suggested that it would have looked better had it been painted black and gold, or coloured in camouflage print. This didn’t sit down too well with Ford and a lot of others. Though netizens responded supporting the LGBTQ and trolling the troller, Ford chose to respond in an amusing and befitting manner. 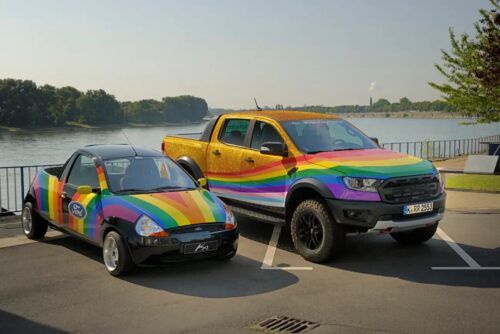 The Ford’s design team transformed the regular truck into a colorful vehicle, resembling a rainbow, in support for the LGBTQA community. The golden truck was decorated with rainbow stickers, heart stickers and a decal on the windshield that read ‘VeryGayRaptor’. It was introduced to the world during Christopher Street Day in Cologne, an annual event of LGBTQ community. Though discontinued, the company also featured a rainbow-colored Ford Ka, which Ford had brought to the 1998 Christopher Street Day celebrations. Along with it, a video was released by Ford, showing this new variant and stating that they took up the discriminatory comment as a compliment. Have a look at the video here

The Ford employee network by the name GLOBE-Gay, Lesbian or Bisexual employees has been addressing various problems of the LGBTQA community for 25 years. Taking the response to this trolling a step further, Ford has asked for selfies to be taken if anyone spots the truck at the festival. Here are a few reactions and pictures that were taken during the Pride festival.

Happy CSD all around the world ! #VeryGayRaptor #pride #LGBTQ pic.twitter.com/CRO1fZ11tz