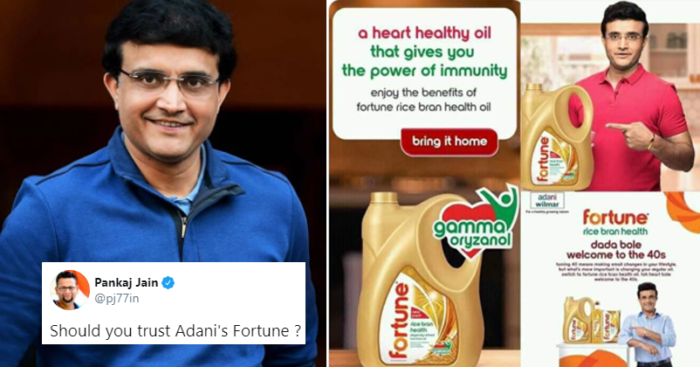 The nation united in prayers when recently former India captain and BCCI President Sourav Ganguly went through angioplasty at the Woodlands hospital in Kolkata. There has been news that the former cricketer has now regained consciousness and has started taking visitors now.

The doctors who treated him had said that arterial blockage was critical and that there were not one but multiple blockages.

Apart from being the president of the BCCI, Ganguly is also the brand ambassador of Fortune Edible Oils and Foods.

As soon as the news of Ganguly’s sudden hospitalization due to the cardiac arrest came forward people were quick to point out the product the former cricketer has been endorsing. The internet was flooded with both ‘get well soon’ messages and memes on the Fortune Cooking oil. Whether Ganguly was using the oil in his diet is yet not clear but that did not seem to stop anyone.