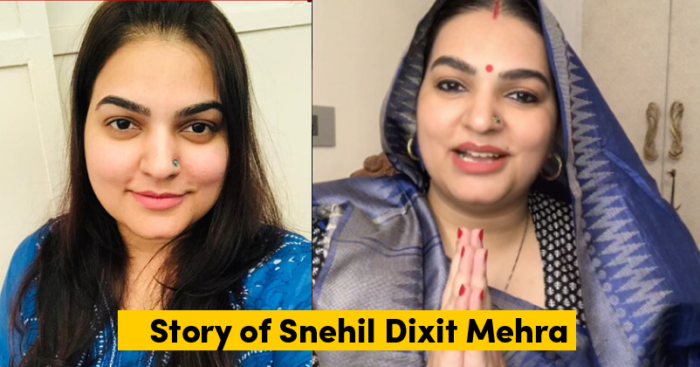 Snehil Dixit Mehra is a modern-day businesswoman, who is breaking superstitions, gaining popularity and surpassing myths, with her work, which is one of a kind.

During the lockdown period of 2020, like many fellow Indians, she decided to use her talent and creativity to launch a series of short clips on social media, setting an example for every woman who is stuck at home in these trying times.

Even though these clips were just one-minute long, viewers found them funny, adorable, and relatable, an all-in-one combo that is rare to achieve!

Who is Snehil Dixit Mehra?

Snehil is a child who was brought up in a middle-class family, where she completed her graduation in the field of engineering. She always considered herself lucky, to have parents who supported her education. 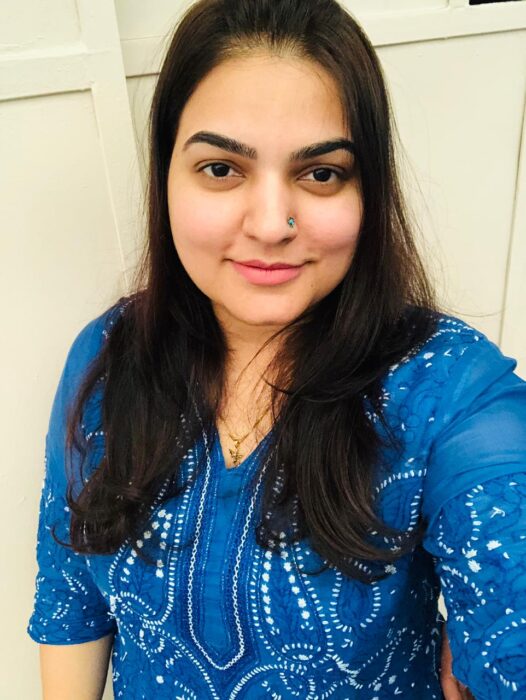 However, with time, she realized what the stigma was. Her education was never for her own success or career, it was for her to find a good husband. Although, with her engineering degree and a corporate job in the bag, she knew she had to break this age-old unsaid law of marriage for women and finally achieve her childhood dream of becoming a news anchor!

Now, she’s a woman who has a supportive family, a husband, and a child, pushing her to build her career in the world of social media. Her journey proves that marriage is a choice for women and they can start anything, even a new career, whenever they want.

How did she strive?

Well, dedicated and encouraged, Snehil’s professional life began as an intern at ‘CNBC Awaaz’, where she was paid with just food coupons and Rs 200 per day. Then, she pushed herself to explore further opportunities and interned at a website called ‘Business of Cinema’ along with a production house, in order to have enough to get by.

Who knew this could lead her right into a role in ‘Apharan’, a web series by ALT Balaji, one of the largest entertainment brands in India? Even though the love she received for her 17-seconds debut in the show, proved that she was a performer, she knew she had a knack for writing as well.

After her role in the show biz, Snehil knew she had to do more, even if everyone was stuck at home. Even though her confidence was slightly shaky, with support from her husband and her fans, she decided to combine her skills and launch her work on Instagram.

With multiple characters, like a news anchor and a school teacher, she covered series reviews, movie stories, and also the daily news. Yet, it was all done as an extension of who she is, keeping things relevant, and ensuring her writing skills were put to good use.

What makes BC Aunty’s work unique, is the responsibility she has towards her work and towards her fans. Without imposing any political or religious beliefs, she likes to keep her content simple, sweet, and honest. Her education also allows her to be open and aware of influencer marketing, which viewers think can take her to the top.

Taking inspiration from the likes of Malika Dua and Dolly Singh, BC Aunty is here to stay! She wants to help bring equality in the world of acting and comedy, fight to bully, and promote individuality!