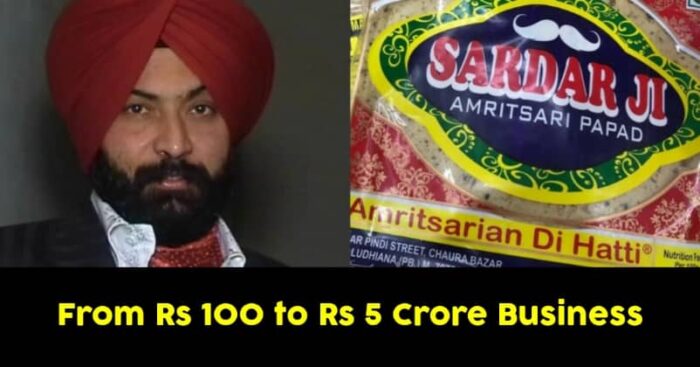 If you pledge, don’t hedge. The meaning of this popular proverb is that if you decide to do something, just do it without excuses.

With similar attitude, Sardar Pal Singh who laid the foundation of Amritsari papad brand, GRD Papad, came to Ludhiana, Punjab from Lahore (now in Pakistan) in 1937. When he arrived, the only thing he had was determination, vision, and Rs 100 in his pocket. And that was enough for this young guy to build his empire although in those times even earning a livelihood was a struggle. 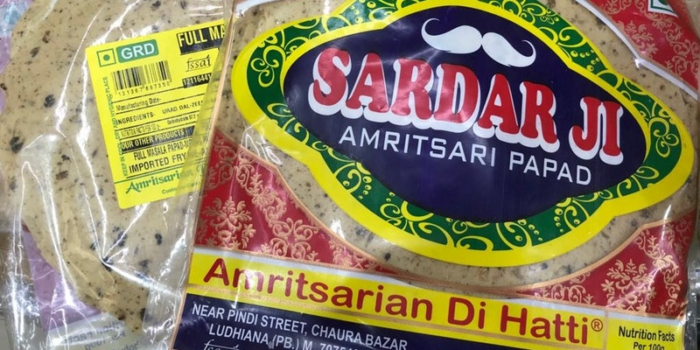 With the limited resources he had, the best thing he could think of doing was to use his skills of papad making to make his ends meet. And from there journey of GRD Papad begun.

Manufacturing such a labour-intensive product requires a hell of a lot of effort. Papad making requires grinding pulses into flour, blending spices, kneading the dough, rolling out, and drying under the sun.

With Rs 100 only in pocket, Sardar Pal Singh could not afford to hire labour, so he decided to do everything by himself. He did everything manually and opened a shop by the name of ‘Amritsarian Di Hatti’ in Chaura Bazar, Ludhiana. In early days, Sardar Pal Singh churned about 8-10 kg papad per day and able to cater to the demand of Ludhiana city only.

The growth was steady as resources were limited. But when his son Sardar Shyam Singh joined the business in the 1960s, things started to gain pace. The father-son duo expanded retail presence to nearby areas of Ludhiana such as Phillaur and Phagwara. And when the demand for their Amritsari papad increases, they sourced labourers to increase their manufacturing output and ventured into wholesale.

However, the real boom in the business came when Sardar Amanpreet Singh S/O Sardar Shyam Singh joined his Grandfather business in the early 2000s. He revamped the old business model and give a brand name to 60-years old product, GRD Papad. He expanded the business from local markets to hypermarkets like Big Bazaar, Easyday, Best Price, Reliance Fresh, and D Mart, and in the local markets across Punjab, Haryana, Uttar Pradesh, Delhi, Jammu & Kashmir, and other states. Since then, there has been no looking back, and they expanded overseas as well.

Today, GRD Papad captures 80 percent of Punjab’s Amritsari papad market and selling its Amritsari papad in Canada and Australia, and the company records an annual turnover of about Rs 5 crore as per the Sardar Amanpreet Singh.

Now, Amanpreet Singh wants to proceed one step ahead. He is eyeing franchise-based model. He has been approached by various dealers keen to take GRD Papad franchise. The positive response shows the bright future ahead.