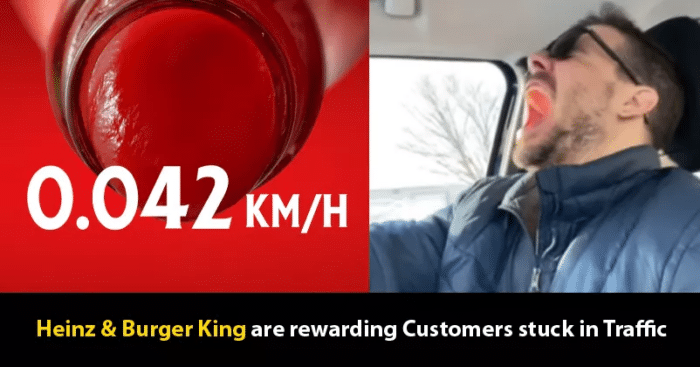 The famous bottle of ketchup, Heinz, pours out at a speed of 0.045 km/hr. Using this insight, Heinz has come up with a new campaign in collaboration with the navigation app Waze and the fast-food giant Burger King (BK).

This new campaign promises a free bottle of Heinz ketchup along with an Impossible Whopper from BK to people who are stuck in traffic and are driving at the same speed as the slow pouring Heinz ketchup bottle. We all know how annoying it can get being stuck in traffic and driving so slow, but this campaign brings in the fun element of whiling our time away in the jam.

Launched in Canada, the traffic is expected to increase significantly in the year and from June 3 to July 4, 2021, those travelling as slow as the Heinz ketchup bottle will be rewarded with their summer combo of the Heinz Ketchup bottle and an Impossible Whopper from BK. The company took to social media to spread its message on its new campaign.

This summer going slow is a good thing. Use Waze and if you end up getting stuck in traffic as slow as Heinz Ketchup, you could get free ketchup and an Impossible™ Whopper® #HeinzBottleneck

With potential customers getting stuck in traffic, the company wants to convey that going slow isn’t always a bad idea and rewards will surely help in making a stronger connection with people enduring traffic jams.

In order to check their driving speed, individuals can download the Waze navigation app and can redeem this time-bound offer. They are also encouraged to share their prize on social media by tagging company handles. This campaign has been curated by media agency Carat and incorporates user-generated content as a medium to build on this digital campaign. Through the use of targeted advertisements and digital OOH, the company aims to grow their reach and venture out to a larger base. 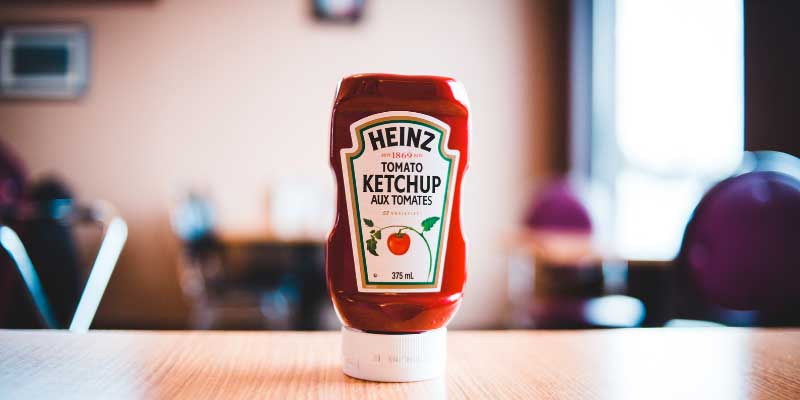 Known for its unique marketing strategies and campaigns, this campaign also distinguishes itself from the norm and builds on a power-packed marketing strategy for all three companies involved.