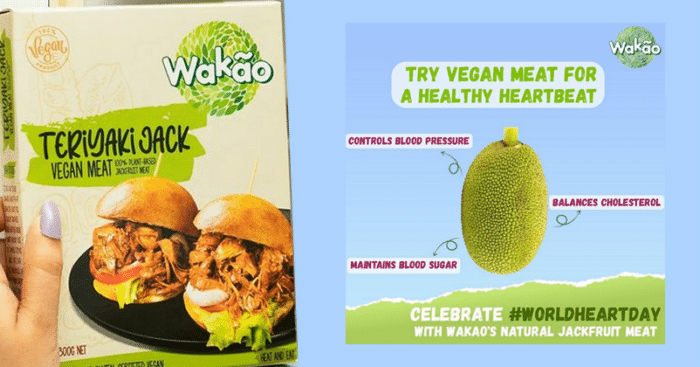 The pandemic and the subsequent lockdown have made many of us health conscious and people have been seen switching to vegan or plant-based meals. While a lot of information about veganism and plant-based lifestyle is available, a Goa-based criminal lawyer decided to put this to good use, and thus was born Wakao Foods- a company that manufactures jackfruit based mock meat products.

Jackfruit is India’s uncredited summer fruit that has a host of benefits, like high potassium and iron content, antioxidant properties and high iron absorption. Though it has been a part of a myriad recipes since time immemorial in India, it is now slowly being recognized as a healthier vegan option to meat.

During his childhood, Sairaj Dhond was unable to differentiate between meat and the fruit in the chicken chi bhaji his grandmother made for him. All he could remember was his grandmother praising this humble vegetable. And when COVID-19 hit the country, he recognized it as his golden opportunity to present jackfruit in its truest form of being a fantastic immunity builder. That’s how this criminal lawyer-turned-entrepreneur followed up on his passion and launched his venture.

For Sairaj, passion is key and any work that does not give you happiness is not worth your effort or time. That is exactly what happened to him as in 2014, as he took an overnight decision to leave criminal litigation and become an entrepreneur. His childhood memories of the fruit combined with its benefits and its unused potential in today’s time, prompted him to become a veganpreneur.

He faced umpteen challenges during his initial days as an entrepreneur. After joining his family business in 2014, he started his own venture which came to a standstill during the lockdown phase. In November 2020, he started Wakao Foods, which in within four months hit shelves of 30-vegan based stores in Goa and has big names like Grand Hyatt and JW Marriot batting for his offerings. 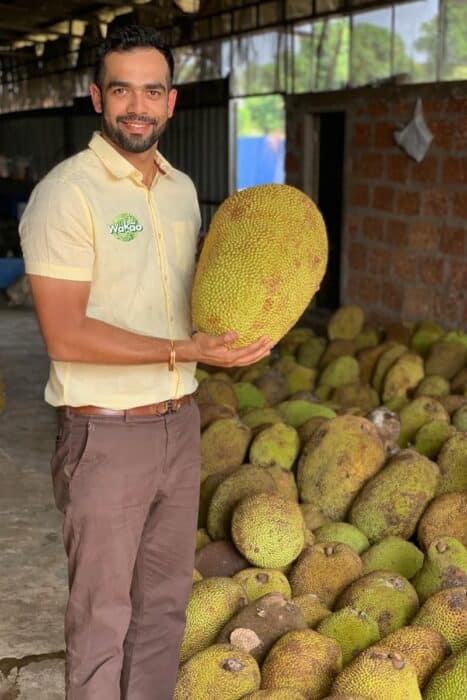 While starting, he needed help from various farmers who grew the fruit round the year, chefs who specialized in jackfruit recipes, and technology experts who would help him run the show. And though the fruit is widely consumed in the country, he feared it would be accepted only by a few as a healthy alternative to meat.

But, as it is said, where there is a will, there is a way. Everything fell in place and he acquired FDA approvals and necessary permits for his processing unit too. He then launched his venture with three ready-to-cook and two ready-to-eat products, which have no artificial colouring chemicals and are preservative-free.

Today, their best-selling product is the Jack Burger patty. Then there is even Teriyaki Jack and BBQ Jack, that can be used for making sliders and rolls, and ready-to-eat Raw Jack along with Butter Jack that can be consumed with rice.

His biggest challenge ahead is educating people about using the fruit as a healthy alternative. However, social media platforms have come to his rescue. And though sales did go down on a few occasions, the venture’s pace is moderate but steady.

He is now planning to expand to other metro cities like Mumbai, Bengaluru, Lucknow and Delhi. My ultimate goal is to see every restaurant in India have a vegan menu beside the regular one,” he says.
Here’s wishing him the very best of luck for this innovative and healthy venture!