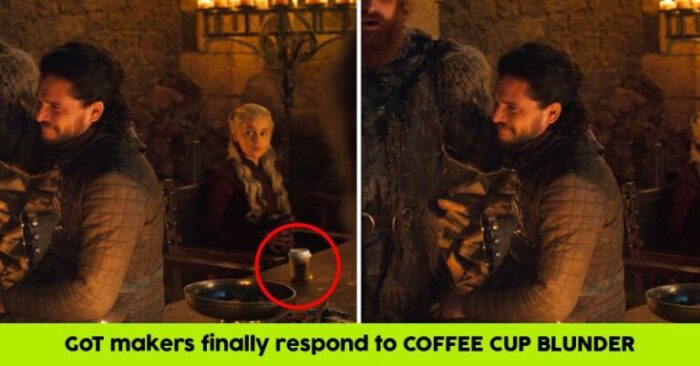 Game Of Thrones has finally ended this year fiving fans multiple reasons to love the show. This season, episode 4 created a buzz all across social media for a scene that had a presence of the Starbucks coffee mug. 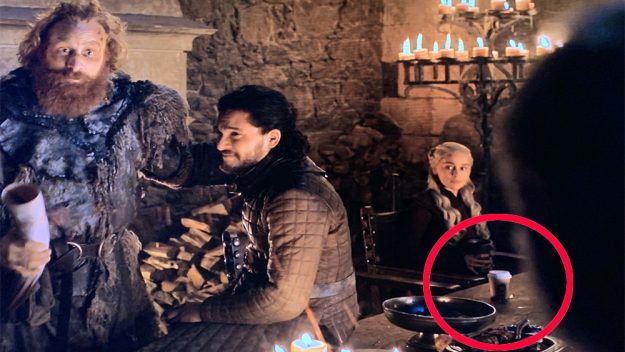 After the coffee cup was spotted in the show, Game of Thrones fans lost their cool how can such a famous production house make such a silly mistake it was supposed to be a dragon drink rather than coffee.

Wow. @Starbucks has opened up a branch in #Winterfell.#GameofThrones pic.twitter.com/30mw1hlBKm

After months of wait, creators of Game of Thrones David Benioff and DB Weiss have finally responded to this blunder from the team.

Talking about the incident, David Benioff said, it’s like in Persian rugs, it’s a tradition that you make a little mistake when making the rug because only God can do anything perfectly, so for us I guess that just was our (mistake).

DB Weiss further said “that’s why I put the coffee cup there. It was a conscious, concerted statement of our imperfection.

On the other hand, Benioff gave a serious reply saying “We’re focusing completely on Daenerys and Jon Snow that we just didn’t see this coffee cup right in the center. So at first, I couldn’t believe it, and then it was kind of embarrassing because, how did we not see this coffee cup in the middle of the shot? And then, eventually, it was just funny. This one is just a mistake, and it’s kind of funny to us now.”

Note that Stacy Jones, CEO of marketing company Hollywood Branded, had estimated the value of all the buzz at $2.3 billion. Jones cited PR subscriptions service Critical Mention, which has tallied 10,627 mentions of Starbucks and ‘Game of Thrones’ online and on TV and radio around the world.

Separately, social media analytics and monitoring platform Talkwalker had counted more than 193,000 mentions within 48 hours that cited both Starbucks and “Game of Thrones,” or a variation of the series’ hashtag, on Twitter, in social forums, blogs and news sites.

Also Read: How Starbucks Made $2.3 Billion In Free Advertising From Game Of Thrones Gaffe