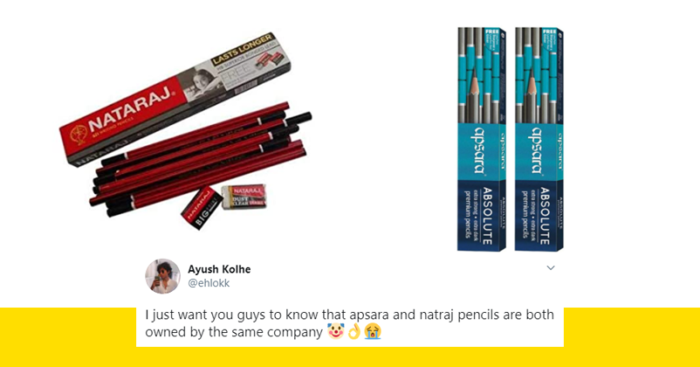 Once we grow up we get to know that the some of things we believed to be true have actually been a lie. Thanks to the internet today, we all have our bubbles burst at some point. Something similar has happened recently.

A Twitter user, Ayush Kolke (@ehlokk), posted something that many of us might not have been aware till now. The post said that “I just want you guys to know that apsara and Natraj pencils are both owned by the same company”.

Ayush posted how he had recently realized that both Apsara & Natraj Pencils were made by the same company. This might have been very common knowledge but it turns out not many knew about it.

Apsara & Natraj have been always assumed to be different in their own ways. While the red & black striped Natraj pencil was the most commonly used and was of course the ‘economic’ one, Apsara was always looked up as a luxury and seen only in the rich kids’ pencil boxes. We know it’s absurd but surprisingly was true once.

As soon as Ayush shared this piece of information, Twitter exploded with their hilarious reactions.

My childhood was a lie

I am crying. Wtf.

Omfg …my childhood has been a lie 💔

Damn all my childhood, I thought they were rivals.

People were clearly shocked to know the truth. But did you know the origin of these two ‘supposed’ rivals?

Hindustan Pencils was established in 1958 which mainly manufactured writing materials and other stationery items. Being the largest pencil manufacturer in India, the company has two leading brands under it, Natraj &; Apsara. While Apsara had black & silver stripes and was considered to have a darker impression, Natraj was more popularly used which came in its patented red & black striped wood case 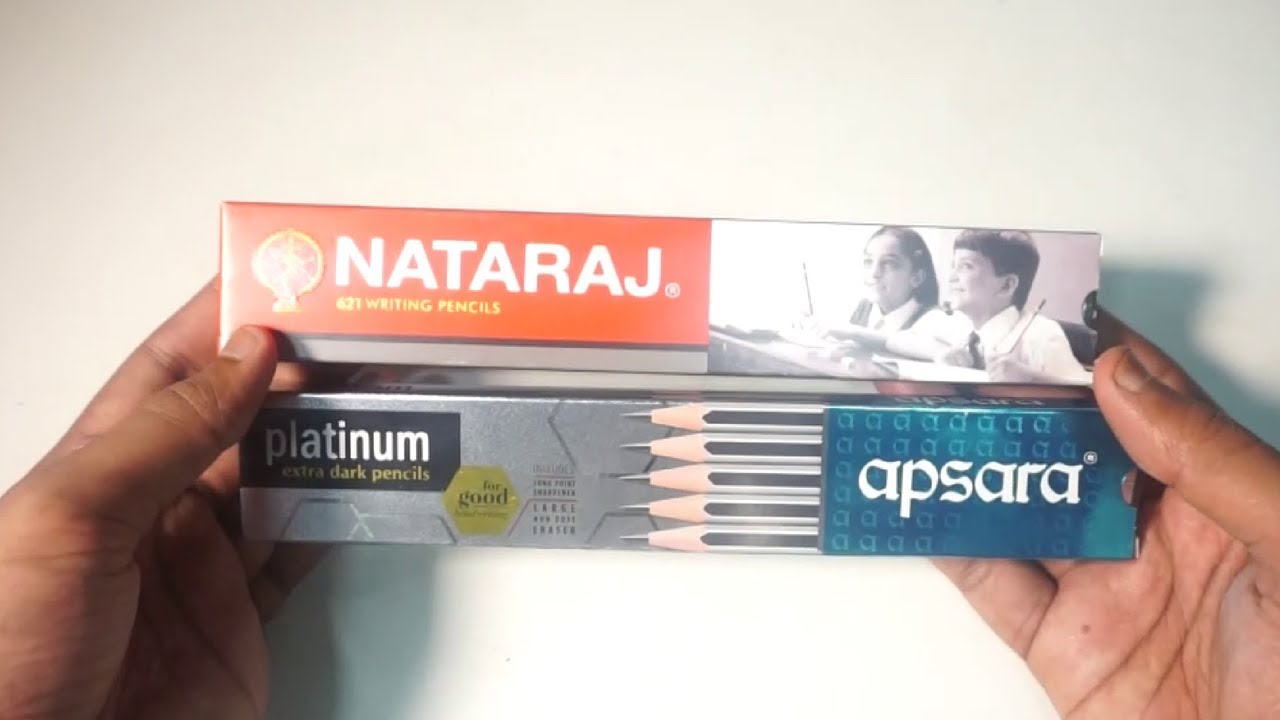 Hindustan Pencils produces around 8.5 million pencils on a daily basis.