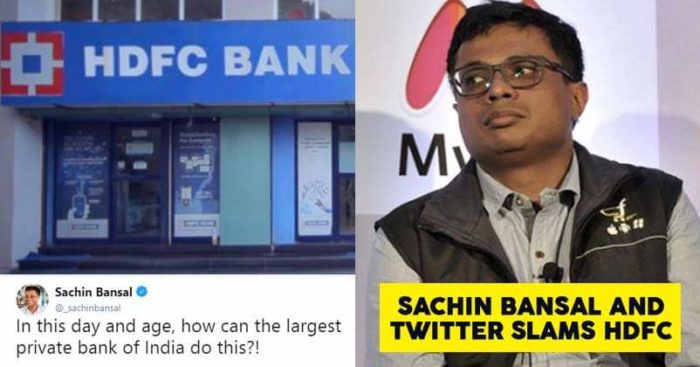 After 7 days of the launch of HDFC Bank’s new mobile banking app, thousands of users are still facing problems in using any facility through the revamped app. Flipkart’s co-founder Sachin Bansal took to Twitter to complain about the malfunctioning app. Bansal tweeted, “In this day and age, how can the largest private bank of India do this?!”

In this day and age, how can the largest private bank of India do this?! https://t.co/VUfmdAMJDN

HDFC Bank updated its app on 27th November and since then, users have not been able to log-in. As the problem didn’t get fixed after three days, HDFC Bank pulled out the application from the Google Play Store and Apple App Store on December 1.

The official app is still not working on Android or iOS till the publishing of this article although HDFC has ensured that it will be fixed by today(December 4). The users received this message while trying to use the app: “Sorry, we are experiencing high traffic on our servers. Please try again after some time.” 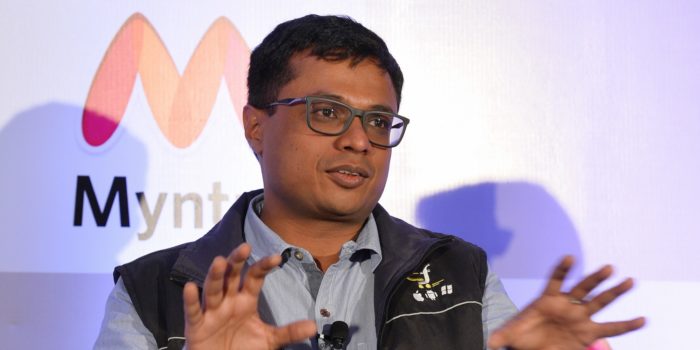 Sachin felt disappointed and continued expressing his anger by replying “CTO needs to look for another job, @HDFC” to a tweet.

CTO needs to look for another job. @HDFC_Bank

The exact reason for the glitch in the new app is not disclosed by the bank authorities and they have expressed deep regret and offered sincere apologies for the inconvenience on Twitter.

An apology letter was posted on bank’s official Twitter handle that read, “While we’re working to resolve it on priority, those customers still using the earlier version can do so. Whereas those who have moved to the new version and deleted the old one will not be able to use MobileBanking till further notice.”

Users on social media were very angry about this. Below you can check some responses that prove the same:

It’s still down… fire your developer

Pathetic!!!! Still no resolution, even God dont know when this will fix.. Are you guys do proper beta testing before releasing final version?

This is such a shame!

Guys this is such a shame! Your earlier app however user unfriendly atleast worked. The new version is not letting me even login or do anything. Disgusted! Must learn from @ICICIBank to be customer first when it come to mobile app friendliness.

What are you doing with all profits and revenue?

It’s payday! And I can’t access your application. What are you doing with all profits and revenue? Cant you hire a smart team to build a world class tool? Instead of hiring people to call us to take loans and credit cards?

By keeping the app away from users during these days, HDFC has assured the customers that there has been no breach of data with banks’ new app. There has been no loss of customer data nor security issues, the bank clarified.