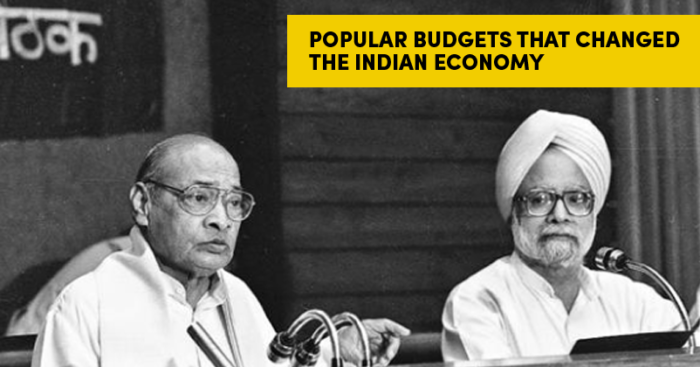 With the month of February knocking on the door, the entire nation waits for the one announcement that can make or break history: Annual Budget. It is the document that puts forward India’s financial stance, the mindset of the current Government and what can people expect in the coming financial year from April.

With this, one must know how valuable the Budget is, especially when it has rocked the Indian economy many times after Independence. Sounds unbelievable? Here’s a list to get an idea:

In 1951, the second budget of Independent India was proposed by John Mithai. It laid the groundwork for the Planning commission of India, the team behind India’s prestigious 5-year plans. It was only in 2015 that the commission was replaced by the National Institution for Transforming India.

2) The end of the License Raj

VP Singh presented the budget of 1986 with the aim to end the entire license Raj system in India which had strict license rules for business houses in India. Moreover, initiatives against black markets and tax evaders were also established.

3) The twist in Liberalisation

The 1991 Budget by Manmohan Singh opened up the economy to foreign investors, launched privatization and liberalization, where exports were given incentives and import licensing was reduced. The year that earmarked change.

Another famous finance minister, P Chidambaram, launched the budget in 1997, which was a dream for Indian consumers. Income tax rates went down and corporate tax also was slashed to 35%.

The year 2000 budget brought India’s evolution towards becoming an IT Hub. Custom duties were slashed, however only for the short-term. This Budget ignored any long-term reforms that were highlighted by past budgets.

Yashwant Sinha went to generate revenue for the government to reduce the debt burden by disinvesting in many public companies like Air India and Maruti Udyog. The Budget quotes big amounts like an investment of Rs 7000 crore to help PSU’s retain their standing.

In 2005, an ‘Aam Aadmi budget’ was released which announced MGNREGA and RTI, which gives employment and information to people of India.

The Government of India with its record of finance ministers has always been hardworking with the Annual Budget, including the GST initiative in 2017 that made people wide-eyed in surprise. One can only hope for a prosperous and helpful Budget for the coming year.