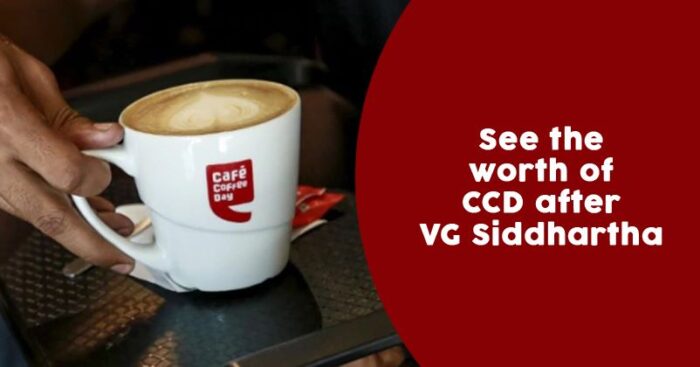 Coffee Day Enterprises Ltd had a market capitalization of Rs.4050 crore before the sudden demise of its founder V. G. Siddhartha. For over two weeks now, the enterprise’s shares have been locked at the lower end of the circuit breaker imposed by the regulator. It is because of the strange regulations only that allow free price discovery for certain type of stocks that include the stocks of the Coffee Day which allows the share to fall only at a gradual rate each day. 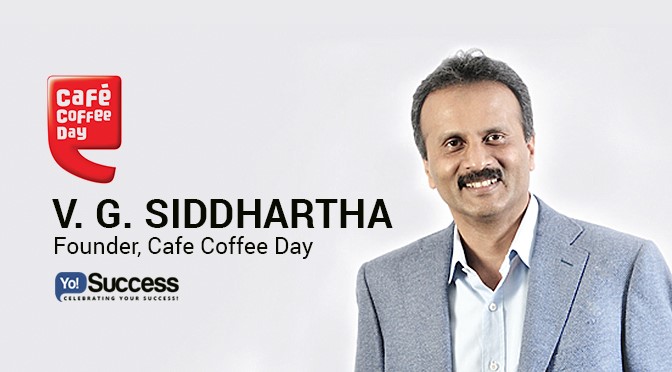 Due to the circuit breakers, the decrease in the rate of stock which would have been lasting for only a few minutes has been continuing for over two weeks and there is no end. Regardless of the fact of the market getting their valuations right or wrong, the circuit filters prevent investors from exiting positions during the most desperate times.

In 2009, Satyam Computer Services is a part of an elite set of stocks, permitted derivates trading and free price discovery, had its stocks adjusted within a few minutes after Ramalinga Raju revealed the fraud on 7 January. After the fraud, its shares fell to Rs 40 and then for the next few months, the trade was carried in between Rs 40-60 until Tech Mahindra bought it for Rs.58.

In these situations where the regulators use circuit breakers to protect small investors from high volatility, the Securities and Exchange Board of India impedes price discoveries. It is also baffling that they haven’t yet tweaked their rules for exceptions like Coffee Day, where material new information emerges. 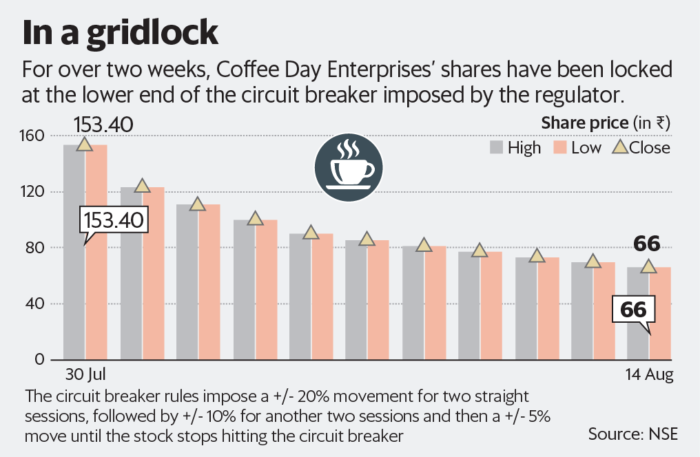 The investors of Coffee Day are fully prepared for the indebtedness of the company. At the end of the fiscal year, 2019, the enterprise was reported high in debt and it was doubtful whether the company will be able to meet it or not. At a conference call with the analysts to discuss the March quarter results, the company had claimed that its net debt had reduced to Rs.2400 crore with a net inflow of Rs.2100 crore from the sale and the existing debt of Rs.3750 crore. 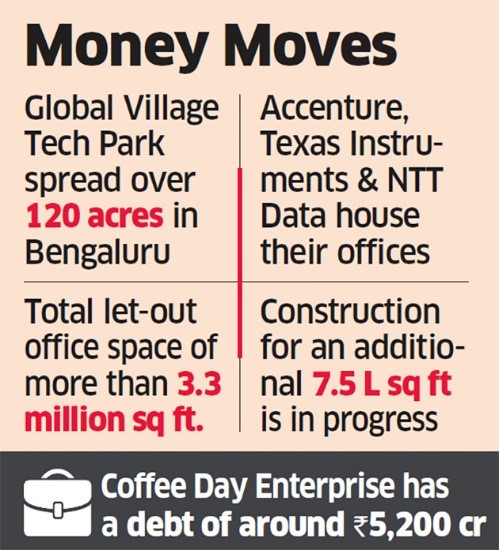 The current state of the Coffee day is that it has signed a non-binding letter which says that the enterprise intends to sell one of its real estates at a value of Rs.2600-3000 crore which might lead to traders being able to see an increase in its share value which has currently fallen down to Rs.1400 crore.