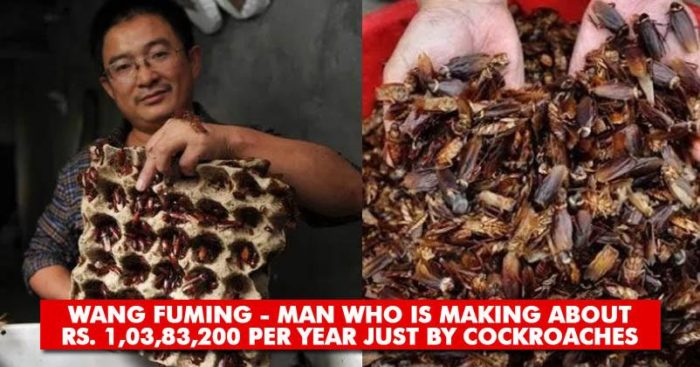 The business world has never failed to surprise us. A true businessman is someone who can earn money from the most unexpected things. In this article, we are sharing a story of one of the most popular and highest earning cockroach farmer in China- Mr. Wang Fuming. Cockroach farming is booming in China as Chinese people believe that cockroaches can help in solving big health problems for the aging population. Here’s how this man is earning millions by collecting cockroaches. 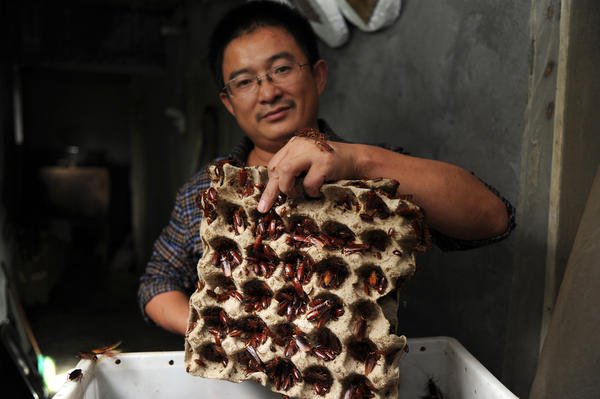 Wang Fuming started this business in his mid-20s as he always had interest in insects. The insects he collects are not the cockroaches we see in our homes but a special variety of American cockroach, which is a copper-colored insect that grows to just over an inch and a half. The cockroaches are fed with white shavings and vegetables and are killed before they reach four months. 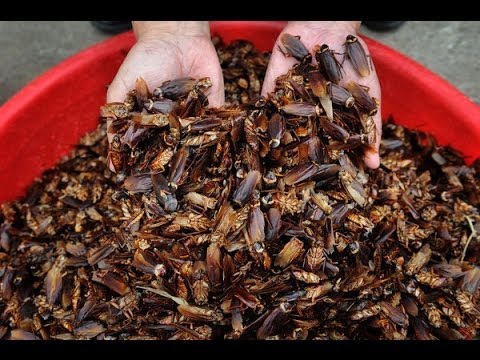 His entire collection is then sold to pharmaceutical companies who pay a big amount of margin for his hard work. He has a working team of 8 people which produces more than 100 tons of roaches in a year. The farmer also revealed in an interview that he earns around $160000 in a year. Wang has helped more than 30 farmers by teaching them his skill of bug farming. According to Wang, these cockroaches can also be part of a healthy dinner on special occasions.
Also Read: Meet This Pune Chaiwala Who Earns Rs. 12 Lakhs A Month
Many businessmen in China have put their money in such farms and are earning big money. Although the selling price is set by pharmaceutical companies still the profit is very large as compared to the investment this business requires.