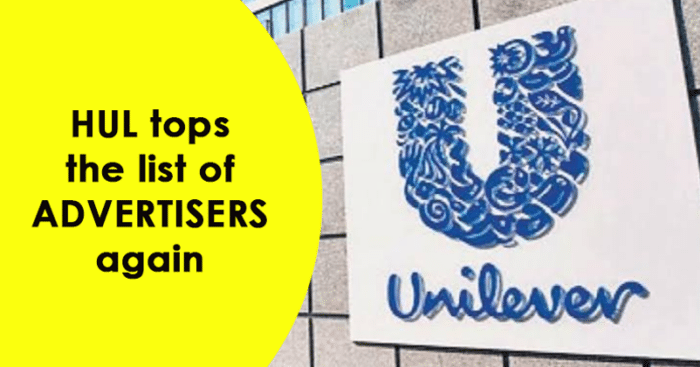 As per Brand Equity, the top advertising category list was topped by ‘toilet and floor cleaners’ with 3.6 percent share of ad volumes, followed by ‘ecommerce media, entertainment and social media’ and ‘washing powders and liquids’. Chocolates, tea and aerated soft drink were the three new entries in the list. Four out of 10 in the list were from the food and beverage sector.

‘Ecommerce Gaming’ saw the highest increase of 5.4 times and was followed by ‘corporate and brand image’ with a growth of 2.5 times.