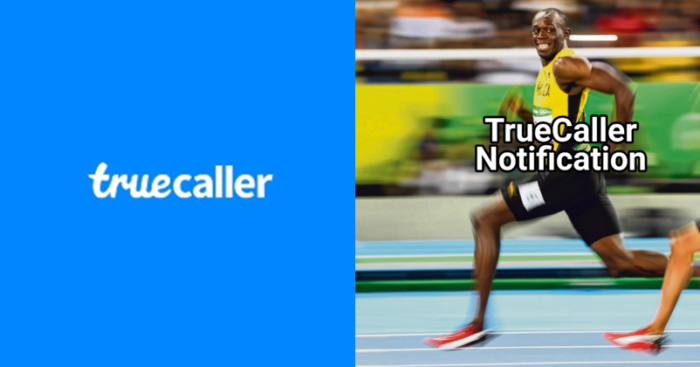 The world has changed a lot for sure in the last decade, especially for developing country like India. If you have been little interested in politics, most probably you have come across the meme advertising used by political parties in Delhi for upcoming assembly elections.

And this time meme has served as a marketing tool for caller id app Truecaller.

Well, many users have not paid much attention to this feature when the company launched it, but this meme has made almost every Truecaller user aware of it.

Turecaller shared the meme on its official Twitter account. The meme features a smiling Usain Bolt dashing away ahead of his rivals at an Olympic 100-meter dash. While the Bolt represents the Truecaller notification and his rivals represent calls.

This meme was retweeted at least a couple of thousand times and people are loving it. Those who don’t know about the Truecaller and its new features are asking for what it is in comments, and many social media users answering their queries in the comment box. Well, this meme has probably garnered more attention for the new Truecaller feature than it received during the actual launch.