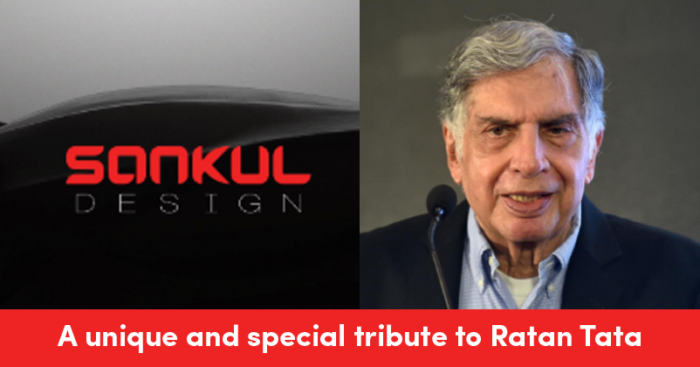 Tata Motors has been a prominent name in the automobile industry for decades now. And over the years the brand has made a substantial name for itself in the market. Leading which, the Tata has plenty of fan following and loyal customers all over the world.

In recent news, Sankul Design, an industrial design company in Pune, has redesigned the Tata Estate Station Wagon. The redesign was a way to pay tribute to Ratan Tata and his inspirational career and leadership. Even though it was a tribute, the new design has not many similarities with the original model but gives a peek into a futuristic approach.

The pictures of the design were shared by Sankul Design on their Facebook page on 28 Dec’19, which is also Ratan Tata’s birthday.

The Tata Estate was introduced in 1992 and production ran until 2000. Tata was already a major player in the heavy vehicle segment and the Estate was the company’s first attempt at building a passenger car. The Estate was powered by a Peugeot sourced 1.9-litre diesel engine producing 68 PS (50 kW; 67 bhp) at 4500 rpm and torque of 118 Nm (87 lb-ft) at 2500 rpm, mated to a 5-speed manual transmission.

The Estate’s exterior is based on Mercedes-Benz station wagon design made at the time of conception, in particular the T-series estate-type cars.