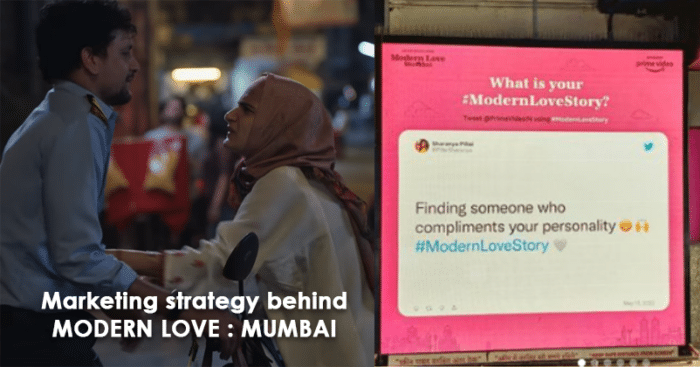 American romantic comedy anthology series Modern Love achieved popularity and was widely accepted, receiving much love globally. This prompted a spinoff in India by the name Modern Love: Mumbai, which released on May 13th 2022. Two additional spinoffs- Modern Love: Chennai and Modern Love: Hyderabad have also been announced, and all of these three series feature unique and different perspectives and stories of love, in all its glory. 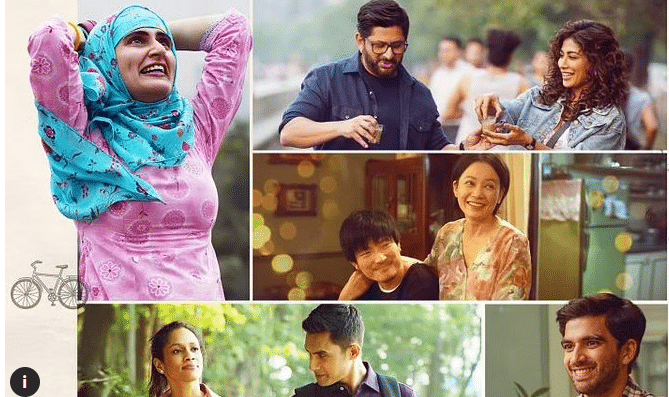 Stories have been bought forth by Vishal Bhardwaj, Hansal Mehta, Alankrita Shrivastava, Shonali Bose, Dhruv Sehgal and Nupur Asthana, and has the cultural and financial hub of the country, Mumbai, as its dramatic backdrop. And to create the much-needed buzz, Amazon has used multiple platforms. Let’s take a look at them.

The two-and-a-half-minute trailer opens with scenic Mumbai views, and shows the lives of the protagonists in these six stories, hinting on the trials and tribulations they may face in their conquests for love.

The trailer was released on 28th April 2022, and since then garnered more than 2.2 crore views, with a plethora of comments, expressing joy over the new and talented star cast
involved, and story premises. 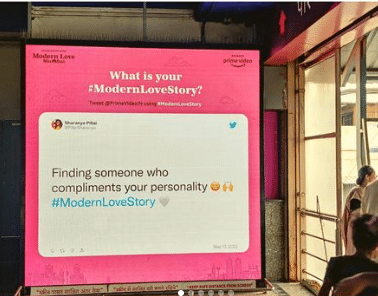 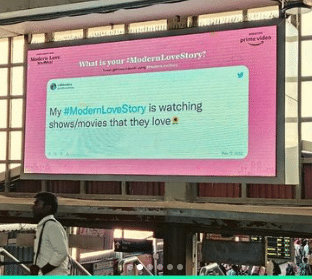 Amazon prime used a plethora of hoardings across various spots like railway ticket counters, restaurants and malls, that featured everyday stories and gestures of love and kindness by fans, that were uploaded with #MyModernLoveStory. 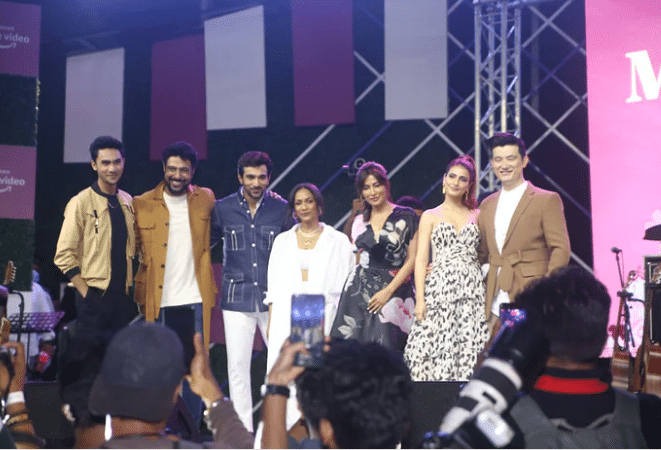 Prime Video organized a fun engaging evening that not only included a special screening of the anthology, but interactive booths and live music at the JVPD Grounds at Juhu.
The event titled Lovefest had the film’s cast attending the fest along with influencers, television celebs and fans. The special musical concert saw a special performance by When Chai Met Toast. Along with this, fans got to croon to Nikhil D’Souza performing various songs from the series album.

#ModernLoveStory is when he knows my hair type 🥰