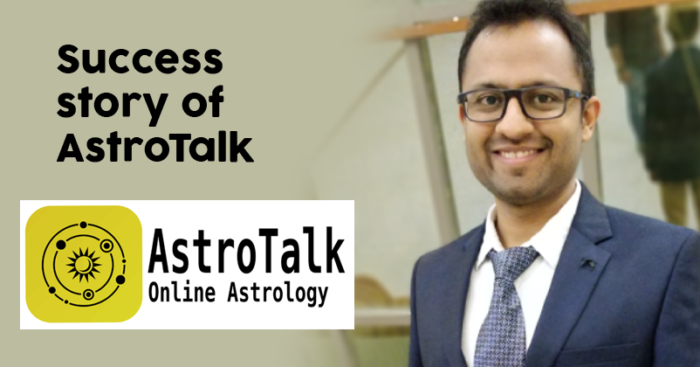 Astrology has always been a part of Indian culture. Even today, most of us rely on reading our respective horoscopes in the newspapers every morning or before an important date. The study is so strong that it has followers and believers all across the world.

Today we are talking about a guy who saw an opportunity around the concept. Puneet Gupta, a Delhi based techie, has commenced a technology-based astrology startup in 2015, AstroTalk.

Puneet‘s own belief was not very strong in astrology once. But after going through some personal turmoil his belief was strong before he knew it. That is when he thought of starting AstroTalk.

When Puneet wanted to start his own venture, even though he had a successful job at Global bank, one of her colleagues who was an amateur astrologer asked for his date of birth details. She told him that he would have a successful run of 2 years in his venture but will hit a rough patch when his co-founder will quit despite his persistence.

After seeing the events unfold exactly how they were predicted to him, Puneet thought that this could actually be turned into a business idea. Talk about entrepreneurship skills.

Also according to the founders, AstroTalk follows a very stringent procedure while onboarding astrologers onto its platform. It is a three-step procedure where they have to face an interview, answer technical queries and are also given training in soft skills.

AstroTalk follows a revenue-sharing model with the astrologers on the platform. It is generating more than Rs 5 lakh business per day and is profitable from its premium services.

This app aims at bringing both astrologers and consumers together on its tech platform. You can get all your concerns answered here.